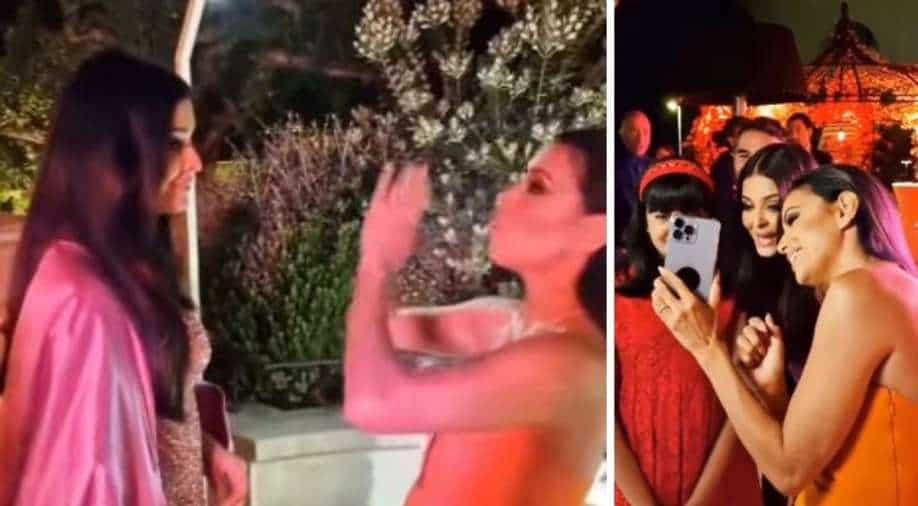 At a Cannes after-party on Wednesday, Aishwarya Rai Bachchan and her daughter Aaradhya were warmly greeted by actress Eva Longoria.

At a Cannes after-party on Wednesday, Aishwarya Rai Bachchan and her daughter Aaradhya were warmly greeted by actress Eva Longoria.

A video of their interaction is doing the rounds of the internet which shows Aishwarya Rai arriving for a party with daughter Aaradhya and warmly being greeted by Eva Longoria. Both Aishwarya and Eva are at the festival as brand ambassadors of beauty giant L'Oreal Paris, which is the main sponsor of the Cannes Film Festival 2022.

Another clip shows Aaardhya introducing herself to Eva's 3-year-old son Santiago on a video call. Soon Aishwarya can be heard asking, "And what's your name handsome?". The clip also has Aishwarya's husband, actor Abhishek Bachchan who can be seen smiling at the cute interaction between the kids.

Aishwarya made her first red carpet appearance on Wednesday at the premiere of 'Top Gun: Maverick' wearing a black and floral Valentino gown.