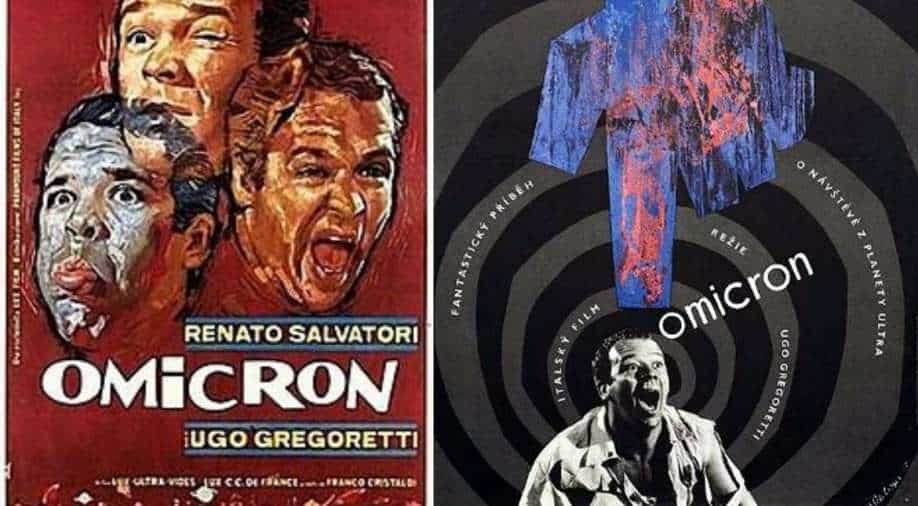 Omicron was used as film titles for two films produced in 1963 and 2013. The posters of these films have started trending on the internet now courtesy the new COVID variant that threatens the world.

As the world reels under a new threat -- COVID-19’s new variant called Omicron, we wonder if we’ve heard the name before and in what context!

Well, the name has been used as titles for films before. If you haven’t heard of the films then don’t blame yourself as these didn’t ever quite create a hype for themselves and before you jump the gun, they are not anywhere close to being based on a virus outbreak.

Omicron was used as film titles for two films produced in 1963 and 2013. The posters of these films have started trending on the internet now courtesy the new COVID variant that threatens the world. Also read: 'Scam 1992' co-director shooting in South Africa amid Omicron variant scare

The 2013 movie Omicron is a comedy and science fiction. In the movie Omicron, an alien comes to Earth with a botanical virus and this virus threatens the whole world. A brave woman living in Arizona wins the alien with the plants in her garden and tries to overthrow the government.

Meanwhile, the plot of the 1963 movie Omicron is of an alien taking over the body of an earthling in order to learn about the planet and threatens the human race. Omicron is a 1963 Italian science fiction comedy film directed by Ugo Gregoretti. So, thankfully nothing about the pandemic that threatens the world.

As for the coronavirus variant, the Omicron variant was first seen in the Republic of South Africa and Botswana. The variant was first detected in Belgium in Europe. Germany, Czechia, Netherlands, Israel, Australia, Italy are among other countries where the variant is seen.