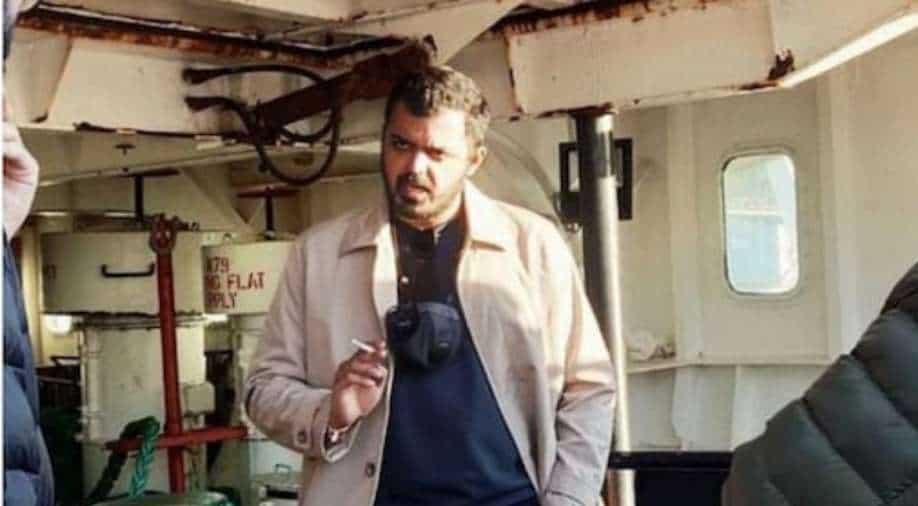 Jai Mehta shared this photo from the prep of his upcoming project. Photograph:( Twitter )

With the new COVID-19 variant, Omicron, creating a scare in the world, hit series ‘Scam 1992’ co-director Jai Mehta and team are busy shooting for their upcoming project in South Africa where the variant has been detected.

It has been learnt that Scam 1992 director Hansal Mehta and his son Jai have teamed up for a big-scale thriller series revolving around the Somalian Pirates for which they have been shooting in South Africa.

The show has tentatively been named Pirates and will stream on Disney+ Hotstar. It will feature an ensemble cast of Rajat Kapoor, Deepak Tijori, Vivek Gomber, Chandan Roy Sanyal and Amruta Khanvilkar, among others. The cast and crew is currently shooting in Cape Town, South Africa.

The team is yet to shoot a large portion of the series and its said that they are currently in a bio bubble as they follow safety protocols to stay safe.

Meanwhile, countries around the world are planning to impose stringent restrictions to restrict the spread of the new variant, Omicron.