'Total Dhamaal' to not release in Pakistan, cast and crew donate 50 lakh to martyrs' families 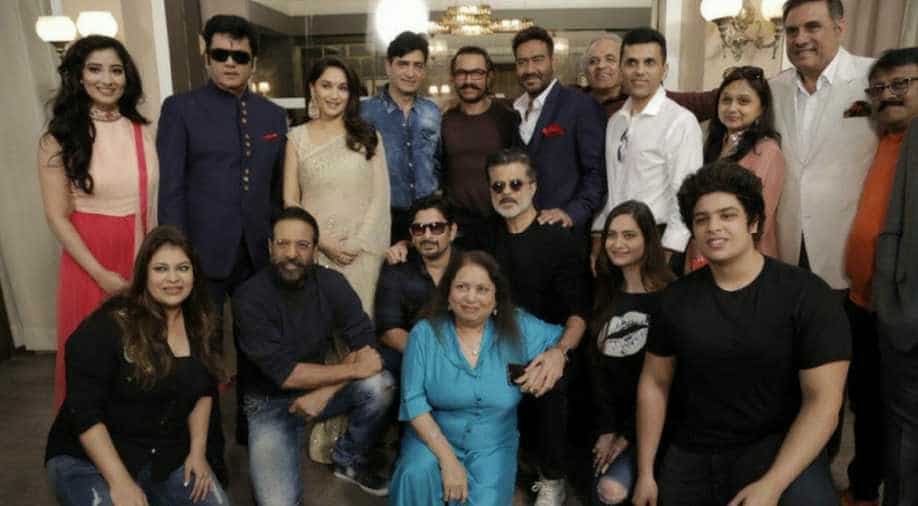 Indra Kumar's film is scheduled to hit theatres on Friday.

In the wake of the horrific terror attack in Pulwama in Jammu and Kashmir, the makers of 'Total Dhamaal' have decided to not release the film in Pakistan this Friday.

The terror attack on a CRPF convoy in Kashmir claimed the lives of at least 40 soldiers.

"In light of the current situation the team of 'Total Dhamaal' has decided to not release the film in Pakistan," Devgn tweeted.

In light of the current situation the team of Total Dhamaal has decided to not release the film in Pakistan.

The actor later stated that the decision was taken to show their solidarity with armed forces.

"This is the only way we can show our solidarity. We stand behind our Army. The nation has put all kinds of sanctions on various things and this was the least we could do," he said.

The 49-year-old actor was among the celebrities from Bollywood who had condemned the Pulwama terror attack.

The team of 'Total Dhamaal' have also donated Rs 50 lakh to the families of martyrs.

Actor Anil Kapoor said, "We stand behind the Army. Somewhere, we have to show our support to the people who have lost their lives. This is a really small step."

Earlier on Monday, the All Indian Cine Workers Association (AICWA) announced a total ban on Pakistani actors and artists in India as a reaction to the horrific terror attack. The move was lauded by Devgn as he said he supported the decision. "We stand by the decisions taken by the Cine association,"the actor was quoted as saying during an event in Delhi on Monday.

Forty CRPF soldiers were killed and five others critically injured when a suicide bomber rammed a vehicle laden with explosives into their bus on Thursday.

The Pakistan-based terror group Jaish-e-Mohammed (JeM) has claimed responsibility for the attack on the convoy of 78 vehicles that was on its way from Jammu to Srinagar.

The film, a collaboration between Ajay Devgn Films and Fox Star Studios, will release in India on February 22.