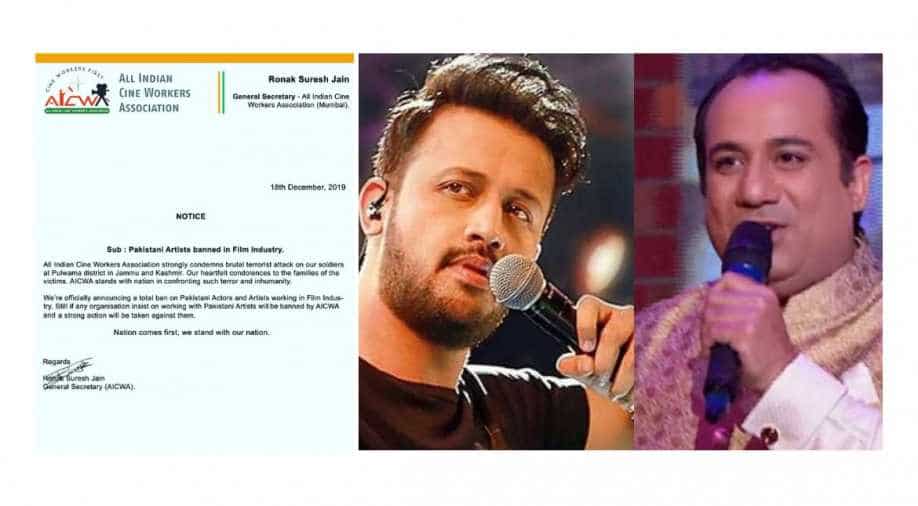 This decision comes in the wake of a major terror attack on CRPF soldiers in Pulwama that killed at least 40 personnel.

The All Indian Cine Workers Association (AICWA) has announced a total ban on Pakistani actors and artists in the wake of a deadly attack on CRPF soldiers in Pulwama, Jammu & Kashmir.

The major terror attack that has left the world in a shock took the lives of at least 40 personnel as local youth, Adil Ahmad Dar, rammed a car laden with explosives into a bus ferrying Central Reserve Police Force personnel. The bus had been part of a convoy of 78 vehicles transporting 2,500 CRPF personnel from Jammu to Srinagar.

Meanwhile, a notice issued by the AICWA read: “All Indian Cine Workers Association strongly condemns the brutal terrorist attack on our soldiers at Pulwama district in Jammu and Kashmir. Our heartfelt condolences to the families of the victims. AICWA stands with nation in confronting such terror and inhumanity. Were officially announcing a total ban on Pakistani Actors and Artists working in Film Industry. Still if any organisation insist on working with Pakistani Artists will be banned by AICWA and a strong action will be taken against them. Nation comes first, we stand with our nation.”

As the issue gains momentum in the Bollywood camp with celebrities like Amitabh Bachchan, Salman Khan pledging money to the Pulwama fund, another celeb to join is actor Ajay Devgn who announced that his upcoming film ‘Total Dhamaal’ will not release in Pakistan. He tweeted: “In light of the current situation, the team of ‘Total Dhamaal’ has decided to not release the film in Pakistan.”

He further tweeted: “Horrible and disgusting. Anger can’t be put into words. #KashmirTerrorAttack.”

Also, the music label T-Series has pulled down all the songs sung by Pakistani singers Atif Aslam and Rahat Fateh Ali Khan from its Youtube channel.