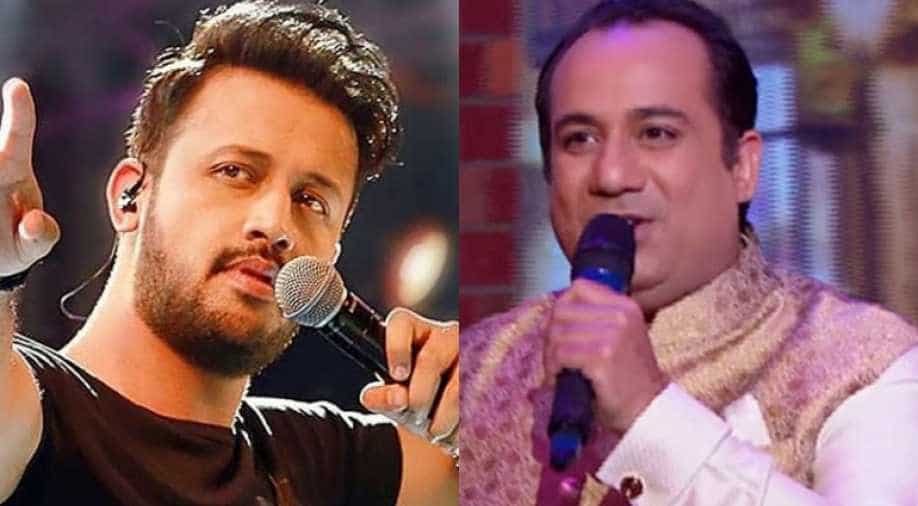 The move was taken after Maharashtra Navnirman Sena (MNS) asked all the music companies to stop working with Pakistani artists.

In the wake of the terrorist attack in Pulwama in Jammu and Kashmir where 40 CRPF personnel were killed, music label T-Series has pulled down all the songs sung by Pakistani singers Atif Aslam and Rahat Fateh Ali Khan from its Youtube channel.

T-Series, owned by Bhushan Kumar, had recently collaborated with Rahat Fateh Ali Khan and Atif Aslam for two different singles. In fact, Atif’s new song titled 'Baarishein' featuring Bollywood actress Nushrat Bharucha was released on the channel on the eve of Valentine’s Day. The song does not exist on the channel anymore.

The move was taken after Maharashtra Navnirman Sena (MNS) asked all the music companies to stop working with Pakistani artists. "We have verbally communicated to Indian music companies like T-Series, Sony Music, Venus, Tips Music etc to not work with Pakistani singers. These companies should stop it immediately or we will take action in our own style," Amey Khopkar, head of the MNS Chitrapat Sena told a news agency.

Earlier, a day after the horrific attack, Shabana Azmi and Javed Akhtar pulled out of an event in Karachi which they were scheduled to attend in the coming days.