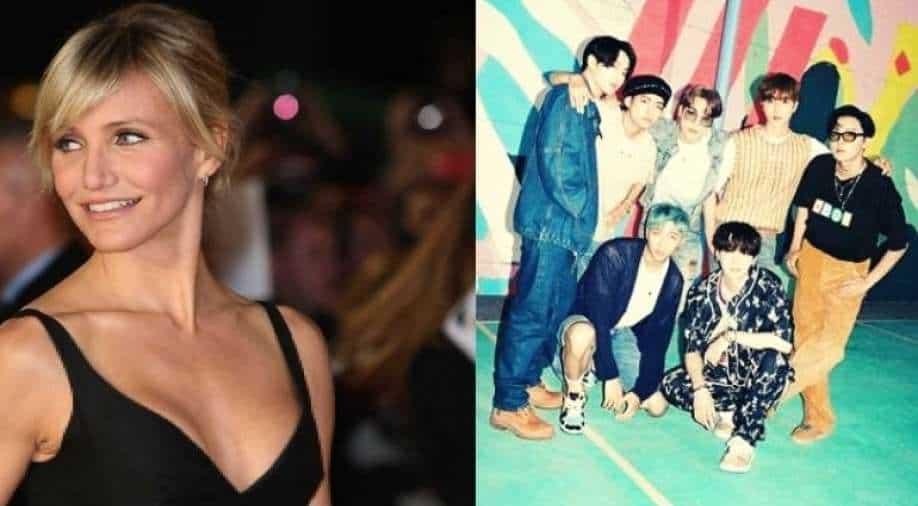 Here are the top five headlines that created a buzz in Hollywood corridors, today.

From Cameron Diaz's future plans regarding her acting career to BTS topping the most tweeted about musician list the fourth year in a row, here are the top five headlines that created a buzz in Hollywood corridors.

Cameron Diaz is not looking at returning to acting, says won't stay away from her daughter for long hours

While appearing on SiriusXM's Quarantined with Bruce,' the former actress-turned-vintner, opened up about the potential comeback to acting and how motherhood has shifted her priorities. Read more.

Popular K-pop boy band BTS has topped the list of 2020 Most Tweeted About Musicians in US list for the fourth consecutive year. A Twitter survey recently rounded up the most trending topics of last year. Read more.

'Gasoline' is from Haim's June 2020 album 'Women in Music Pt. III', which earned a Grammy Award nomination for album of the year — the band's first nomination in that category. Read more.

Jane Fonda will voice The Dragon, described as the “exuberant CEO of Good Luck and undisputed luckiest ancient being in all the land. Read more.

In an incredible feat, songstress Dua Lipa has found herself a spot at the coveted Time 100 Next list. She joins actors Rege-Jean Page of the fame ‘Bridgerton’, ‘Midsommar’ Florence Pugh and John David Washington of ‘Tenet’. Read more.