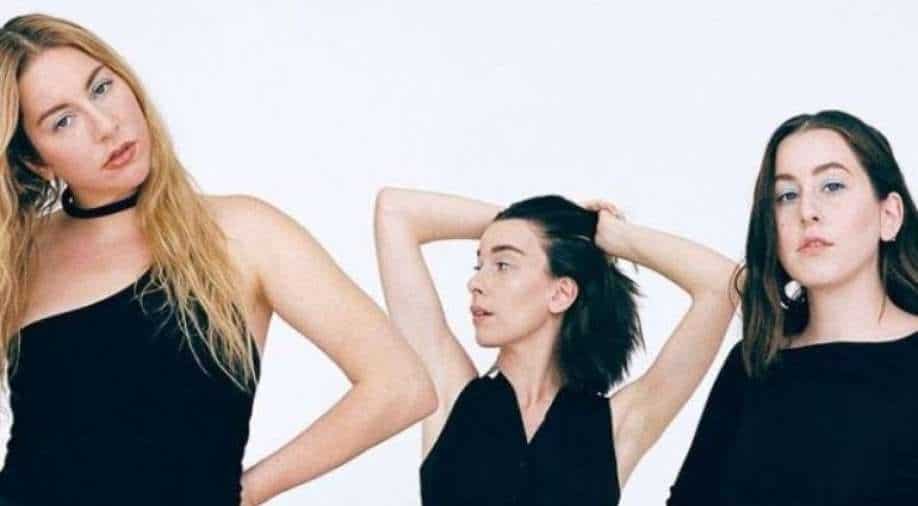 Haim, who is also nominated for best rock performance for 'The Steps,' made a cameo on Swift's album Evermore, which was released in December 2020, on the murder-mystery track 'No Body, No Crime.'

Haim and Taylor Swift have a special release for their fans. The group recently released the full remix of the band's single 'Gasoline,' one day after sisters Este Haim, Danielle Haim, and Alana Haim confirmed their Swift collaboration with a tease on TikTok and a simple wink on Twitter, writing: "tik tok tik tok tik tok."

"since we released wimpiii in june, taylor had always told us that gasoline was her favorite. so when we were thinking about ways to reimagine some of the tracks from the record, we immediately thought of her," the sisters said in an Instagram post upon the release of the remixed track.

"she brought such amazing ideas and new imagery to the song and truly gave it a new life," they added. "thank you @taylorswift for adding your incredible voice and spirit to a track that means so much to us."

On her Instagram Stories, Swift shared a video of an earlier tease of the song, writing, "cancel the DNA test I'm the 4th Haim sister and this song is the only proof I need #gasoline @haimtheband."

Haim previously tweeted a photo of the siblings in black wigs at a gas station in front of a pump labeled 13, which is Taylor Swift's known favorite number.

'Gasoline' is from Haim's June 2020 album 'Women in Music Pt. III', which earned a Grammy Award nomination for album of the year — the band's first nomination in that category.

Haim, who is also nominated for best rock performance for 'The Steps,' made a cameo on Swift's album Evermore, which was released in December 2020, on the murder-mystery track 'No Body, No Crime.'

Haim also dropped an expanded version of WIMIII, including a remix of “3 AM” featuring Thundercat, and the previously-released “Now I’m In It,” “Hallelujah” and “Summer Girl” as bonus tracks.

Meanwhile, Taylor is all set to re-release her version of 2008 album 'Fearless' after the entire Scooter Braun drama. After releasing 'Love Story' from the much-loved album, Swift is releasing the entire soundtrack list on April 9.