'Tonight is for Kobe': NBA legend remembered at Grammy Awards hours after his death 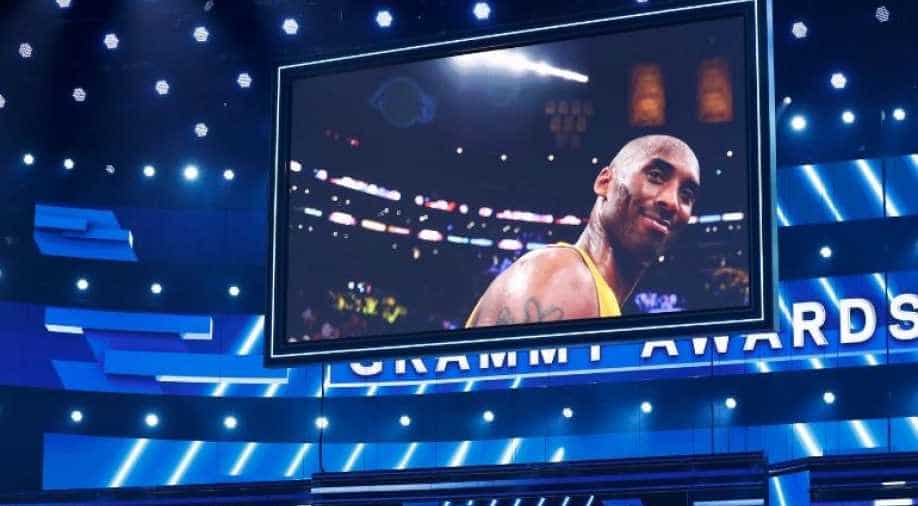 NBA legend Kobe Bryant was given rich tribute at the Grammys 2020 Photograph:( Reuters )

Bryant, 41, his 13-year-old daughter Gianna, and seven other people died on Sunday morning when the helicopter they were riding in went down in heavy fog and hilly terrain in suburban Calabasas, near Los Angeles.

Hours after Kobe Bryant's death in a helicopter crash, musicians and performers at the Grammy Awards paid rich triubute to the NBA great on Sunday.

The sports legend was killed some 65 km from Los Angeles in a helicopter crash.

Bryant, 41, his 13-year-old daughter Gianna, and seven other people died on Sunday morning when the helicopter they were riding in went down in heavy fog and hilly terrain in suburban Calabasas, near Los Angeles.

"Tonight is for Kobe," pop star Lizzo announced as she took the stage to open the Grammy Awards before performing hits like 'Cuz I Love You' and 'Truth Hurts'.

Alicia Keys who was the host for the night mentioned Kobe in her opening lines of the night. "We are all feeling crazy sadness right now, because earlier today Los Angeles, America and the whole wide world lost a hero and we`re literally standing here, heartbroken, in the house that Kobe Bryant built." 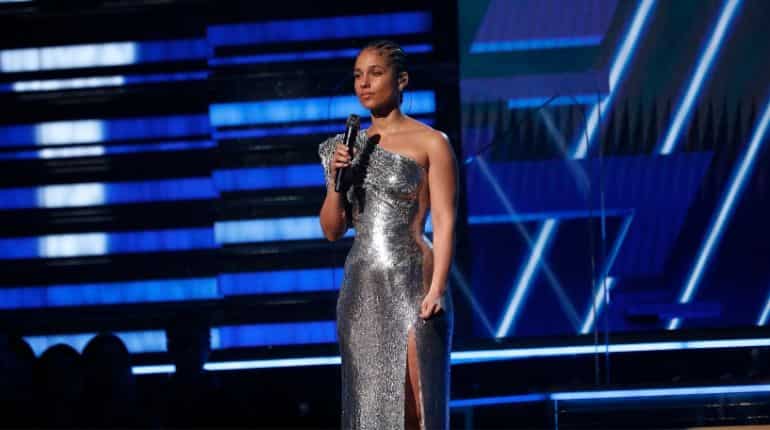 Keys then brought members of the Boyz II Men on stage to join them in an a capella version of their ballad "It`s So Hard to Say Goodbye," dedicated to Bryant.

The show was being broadcast from the Staples Center, home court for the Los Angeles Lakers, where Bryant starred for two decades as one of the NBA`s all-time greatest players.

"It’s a real tough day and we want to send our love to the families, the kids, the mothers,” performer DJ Khaled said backstage. "It’s hard to catch a vibe right now at this moment but we’re going to do it."

Teen pop star Billie Eilish, who created a record at Grammys by winning the top honours,  posted a photo of Bryant on her Instagram account, along with a video clip of the basketball star Bryant talking with Gianna. See full list of winners at Grammys 2020 here

Grammy nominee Camila Cabello also posted a photo of Bryant on Instagram and wrote that, despite not being a basketball fan, his documentary 'MUSE' got her through a painful time in her life.

I’ve never been much of a sports fan but Kobe Bryant was a hero to me and it was his words and way of thinking and living that lifted me up during times where I felt like I couldn’t get off the ground. When I was 16 and going through what felt like an excruciatingly painful period in my life, I first saw Kobe’s MUSE documentary, and the mamba mentality is the only thing got me through every single performance. He was fighting inner demons, and so was I, and the way he used them to fuel his game on the court made me feel like I could use them to fuel me onstage. At my weakest moments I would channel a different person like he did, because when I felt broken and lost offstage, he taught me how to use my own pain, he taught me how to access strength I didn’t know I had, because on my worst days, I thought of Kobe and suddenly I could do things I didn’t think I could do. I watched every interview, I read every quote of his, and I wish that he knew how many times he saved me, how many times he helped me access a champion in myself that I couldn’t have seen on my own, how many times he helped me use my own demons, how many times he taught me how to use pain to make me a better person, how many times he taught me by example about life by the way he carried himself and the way he saw things.... and I never got the chance to tell him this in person. I’ve watched only two basketball games in my life, but what Kobe did for me changed the course of my life. I can’t imagine how many people he did this for. His legacy will live on in the lives and minds and souls that he touched, he made his mark not only in the game, but in humanity itself. He is a hero to me forever. Mamba forever.

“I watched every interview, I read every quote of his, and I wish that he knew how many times he saved me, how many times he helped me access a champion in myself that I couldn’t have seen on my own,” the singer wrote.