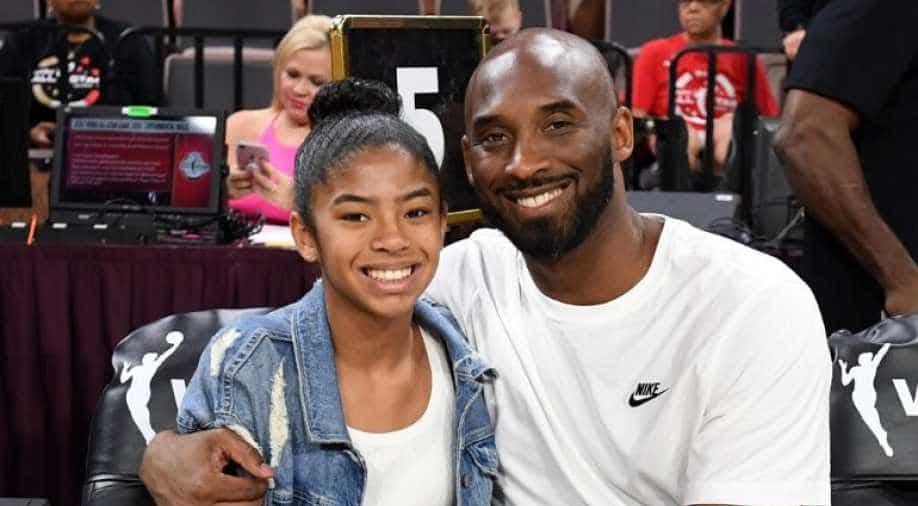 He earned his reputation in his initial years after the 1997 Slam Dunk Contest and was named All-Star in just his second NBA season.

Former NBA legend Kobe Bryant was killed in a helicopter crash in Los Angeles, California on Sunday. The tragic event killed all nine onboard including his 13-year-old daughter Gianna Bryant.

Kobe Bryant's untimed death has put the whole world in a frenzy. He was considered one of the greatest basketball players of all time. He led his team Lakers to 5 NBA titles. The American is the fourth in the list of all-time scoring list in NBA history. He was recently succeeded by his team's LeBron James. Kobe Bryant was well known as 'The Black Mamba', he was an 18-time All-Star player. He was the 'Most Valuable Player' in the year 2008. He scored 33,643 points in his career in NBA.

Kobe was a legend on the court and just getting started in what would have been just as meaningful a second act. To lose Gianna is even more heartbreaking to us as parents. Michelle and I send love and prayers to Vanessa and the entire Bryant family on an unthinkable day.

Kobe Bean Bryant has been a prolific shooting guard and is the all-time lead scorer for Los Angeles Lakers. He was drafted in NBA's Charlotte Hornets who later traded him to Lakers in the year 1996 directly from the high school. He was under the then Lakers manager Jerry West. He was the first Shooting Guard to play 20 seasons in NBA history. He played from 1996 to 2016. He earned two gold medals in the 2008 and 2012 Olympics for the USA.

.....Melania and I send our warmest condolences to Vanessa and the wonderful Bryant family. May God be with you all!

He earned his reputation in his initial years after the 1997 Slam Dunk Contest and was named All-Star in just his second NBA season.

Despite a few life-lows, especially in the year 2003-2004, when he was accused of sexual assault. The charge was later dropped as a settlement was reached outside the court. Bryant continued to perform in the arena. Kobe Bryant retired from the NBA, following a series of injuries in the year 2016. Along with him, his jersey no. 8 and 24 were retired as well.

Rivalry with his team-mate and fellow Lakers legend Shaquille O'Neal has been known to all. He and Bryant were involved in a fist-fight against each other in a lockdown. They resolved their issues after their retirement. Both the legends are known for taking the team to a new high. They won three championships together from the year 2000 to 2002. Shaq O'Neal mourned Kobe Bryant's death, he called him a brother.

There’s no words to express the pain Im going through with this tragedy of loosing my neice Gigi & my brother @kobebryant I love u and u will be missed. My condolences goes out to the Bryant family and the families of the other passengers on board. IM SICK RIGHT NOW pic.twitter.com/pigHywq3c1

So sad to hear the heartbreaking news of the deaths of Kobe and his daughter Gianna. Kobe was a true legend and inspiration to so many. Sending my condolences to his family and friends and the families of all who lost their lives in the crash. RIP Legend💔 pic.twitter.com/qKb3oiDHxH

The shockwaves were felt across the world as the legend was mourned by Global Icons.

Kobe Bryant was my first real introduction to the NBA. I was 13 living in Queens NYC, the same age as his sweet little girl, Gianna. He ignited my love for the sport, competition, and striving for excellence. He inspired an entire generation. His legacy is so much bigger than basketball. This heartbreaking accident also took the life of his young daughter, Gianna. I’m shook and so saddened. My heart goes out to Vanessa, Natalia, Bianka, and Capri Bryant. You are in my thoughts. Also sending my condolences to the loved ones of the other family and pilot in the accident. Being at tonight’s Grammys ceremony in his home at the Staples Center is going to be surreal. 💔 #RIP #KobeBryant #RIPMamba

My heart is in pieces hearing the news of this unimaginable tragedy. I can’t fathom what the families are going through. Kobe meant so much to me and to us all. Sending my prayers, love, and endless condolences to Vanessa and the family and anyone who lost someone on that flight.