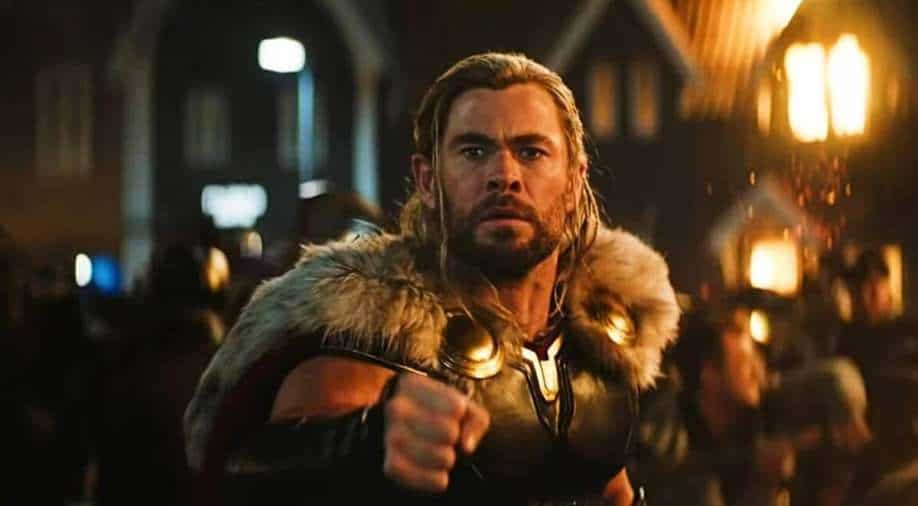 Chris Hemsworth and Natalie Portman-starrer 'Thor: Love and Thunder' has scored a decent (but not scintillating) score of 70 per cent on the review aggregation site Rotten Tomatoes. The critical consensus reads, "In some ways, 'Thor: Love and Thunder' feels like Ragnarok redux -- but overall, it offers enough fast-paced fun to make this a worthy addition to the MCU."

Ahead of the release of 'Thor: Love and Thunder', reviews of the movie have started trickling in. The Chris Hemsworth and Natalie Portman-starrer is the 29th movie in Marvel Cinematic Universe and fourth movie in the Thor franchise.

Directed by Taika Waititi, who returns from the third movie, 'Ragnarok', the film has Thor and Portman's Jane Foster, who becomes Mighty Thor and wields Mjolnir, pitted against Christian Bale's fearsome villain Gorr the God Butcher.

The film has scored a decent (but not scintillating) score of 70 per cent on the review aggregation site Rotten Tomatoes. The critical consensus reads, "In some ways, 'Thor: Love and Thunder' feels like Ragnarok redux -- but overall, it offers enough fast-paced fun to make this a worthy addition to the MCU."

Here are a few reviews from major international publications:

Flicks.co.nz's Tony Stamp wrote, "Almost feels desperate in its attempts to entertain - fights, special effects, and jokes, jokes, jokes. But if everything’s a joke, then does any of it really matter?"

South China Morning Post's James Mottram wrote, "Less po-faced than past Avengers outings, Love and Thunder may not quite be the “classic Thor adventure” as Korg puts it, but it’s got an emotional core about finding the one you love."

The Beast's Nick Schager wrote, "Everything is pitched at such a frantically insistent pace that the intended laughs die on the vine."

San Jose Mercury News' Randy Myers wrote, "Thor: Love and Thunder” is one of the most enjoyable MCU romps in a while; one that actually that mirrors the spirit of reading a gone-rogue comic book."

Movie Madness Podcast' Eric Childress wrote, "Did not think it was possible to make a worse Thor film than The Dark World, but Taika Waititi appears to have pulled it off. Love and Thunder now ranks as the low point in the MCU."

A case of diminishing returns?

Toronto Star's Peter Howell wrote, "[Waititi] ups the absurdity and the antics from his first go at the Norse myth narrative, with many recycled gags and diminishing returns."

Flickerin Myth's Robert Kojder wrote, "The final 45 minutes do plenty of heavy lifting and carry thunderous stakes and consequences, but it’s nowhere near enough to love this."

Starburst's Hayden Mears wrote, "Gone is the God of Smashing Coffee Mugs at Diners. Banished is the exhausting machismo of the self-proclaimed Strongest Avenger. Here, we see a God of Thunder who's lost, insecure, and vulnerable."