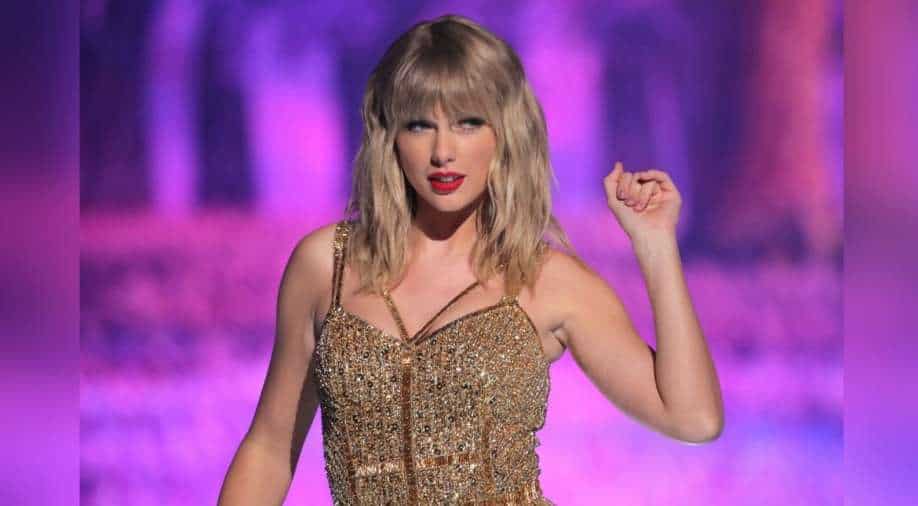 Taylor announced her 2012 album 'Red' will be her next re-recorded album.

Taylor Swift is back with her new music.

The Grammy-winning singer released a new song 'Renegade' in collaboration with Aaron Dessner and Justin Vernon. The song is featured on their album 'How Long Do You Think It’s Gonna Last?'

For the unversed, Big Red Machine is the indie folk-rock band from Aaron and Justin, who previously worked with the singer and co-wrote and co-produced Swift’s albums 'Folklore' and 'Evermore'. The colourful music video features shots of Swift and Dessner and  hand-written lyrics are also featured.

Swift shared the lyrical video on Instagram as well and wrote, “I can’t believe I get to work with Aaron Dessner. When Aaron came into my life, I was ushered into his world of free-flowing creativity where you don’t overthink, you just make music,” she shared.

“His generosity of spirit and humility bleeds into every part of his life, and that’s why so many artists have jumped at the chance to be a part of his collaborative project, Big Red Machine. A song we wrote (which also features ⚡️Justin Vernon✨) is out today! It’s called ‘Renegade’. Thanks Aaron for asking me to show up at your party.”

Swift is also featured on another song 'Birch', from the upcoming album, which will be released soon.

The Big Red Machine also shared the video on their Instagram handle with a message from Aaron Dessner about the song, ''While we were making folklore and evermore last year, @taylorswift and I sometimes talked about experimenting and writing songs together someday for @bigredmachinejv,' Dessner began.

''Making music with your friends just to make it -- that's how Big Red Machine started and has grown -- and that's how Renegade came about too,'' he added. ''This song was something we wrote after we finished evermore and it dawned on us that this was a BRM song. Taylor's words hit me so hard when I heard her first voice memo and still do, every time,''.

Meanwhile, Taylor announced her 2012 album 'Red' will be her next re-recorded album. The new version of the album is set to release on Nov. 19 and will feature all 30 songs that were originally meant to go on her fourth studio album.