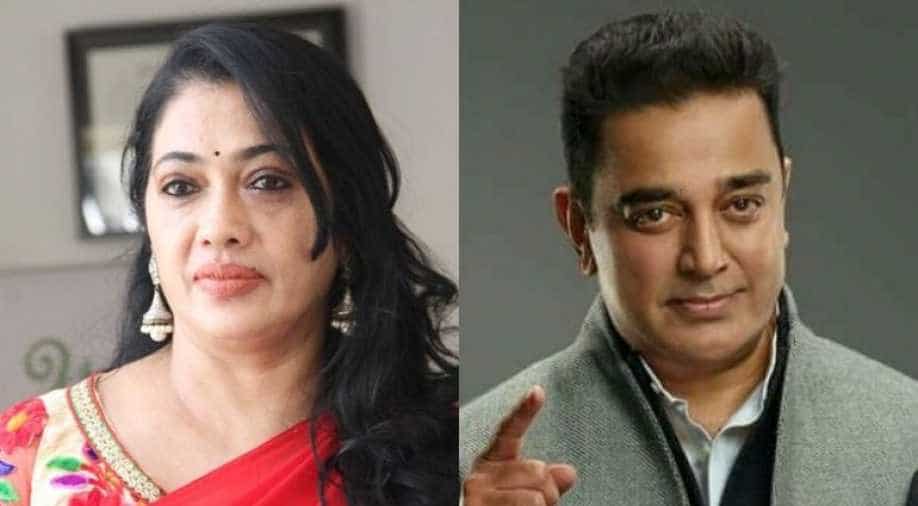 Rekha was 16 at that time and alleged that director K Balachander and Kamal Haasan had tricked her and shot an 'unplanned kiss' scene without her consent.

An old video of Tamil actress Rekha has surfaced online where the senior actress can be heard saying that that how she was not informed about a kiss that actor Kamal Haasan would plant on her lips in the climax scene of 1986 film 'Punnagai Mannan'.

The actress was 16 at that time and alleged that director K Balachander and Kamal Haasan had tricked her and shot an 'unplanned kiss' scene without her consent.

"I've said this a hundred times. They shot the scene without me knowing about it. People ask me the same question and I'm fed up of answering it," Rekha told The News Minute soon after her old interview went viral.

The actress though added that the now-famous kiss helped the film in totality -bringing out the right emotions needed for the story.
"The kiss didn't look ugly or aggressive on-screen. There was a need for it, but I was a very young girl and I didn't know about it. He (director K Balachander) said, 'Kamal, close your eyes! You remember what I told you, right?' and Kamal said that he did. Then we had to jump when he said 1, 2, 3... we kissed and then jumped. It was only when I watched it in theatres that I realised it had such a huge impact," she said.

Rekha had just completed class 10th when she shot the film and was assured that the said kiss would not be cleared by the Censor Board.

"They continued after that shot also, we had a location shift. Suresh Krissna and Vasanth were the associate directors, and I told them I wasn't informed about the kiss and that I wouldn't have agreed to it. But they told me to think of it as a big king kissing a small child. They told me it wouldn't be passed by the Censor. I asked them what the Censor was,"the actress added. 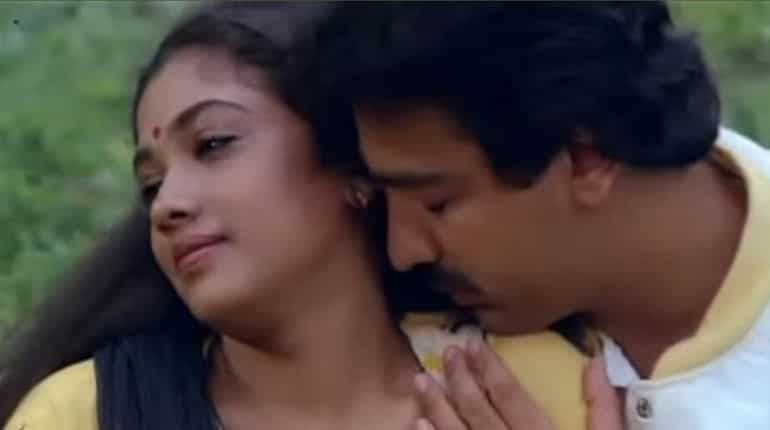 (A still from 'Punnagai Mannan' featuring Rekha and Kamal Haasan)

Rekha said while Kamal Haasan was aware that the kiss had happened without her consent, the actor never apologised to her. Neither did the veteran filmmaker.

The actress, though admits she never asked the actor-director duo for an apology. "Why would they apologise? The film was a superhit! I got many films after that, too, with Ramarajan and Ilaiyaraaja, like Namma Ooru Pattukaran. We were all so busy in those days, going from one schedule to another," Rekha recalled.

She said she wouldn't have given her consent to the scene had they asked her.

While the incident took place more than three decades ago, the interview has sparked controversy on social media as many have demanded actor Kamal Haasan to apologise to Rekha including singer Chinmayi Sripada who is an advocate of the #MeToo movement.

In a series of tweets, Chinmayi has stated that consent of women on film sets is often overlooked and not considered and that the practice needs to stop.

Women speaking about sexual harassment and naming their molesters for what they are - and the courts should call it speaking the truth.

Multiple women can name a man as a molester and he’ll still be paraded as powerful and hired.

Point is - Women have been raised, trained, nurtured and trained, generation after generation to sweep abnormal, bad behaviour by men under the carpet and normalise it. Which is why the Sowcar Janaki - Y Gee Mahendra interview where she shamed the MeToo movement wasn’t surprising

Rekha maam spoke about the whole episode in a matter of fact manner, even included some laughs so thag she isnt attacked; and her interviewer laughed as well. That’s the extent of normalisation women have had to go into.

The actress though admitted that she doesn't want to revisit that incident anymore.