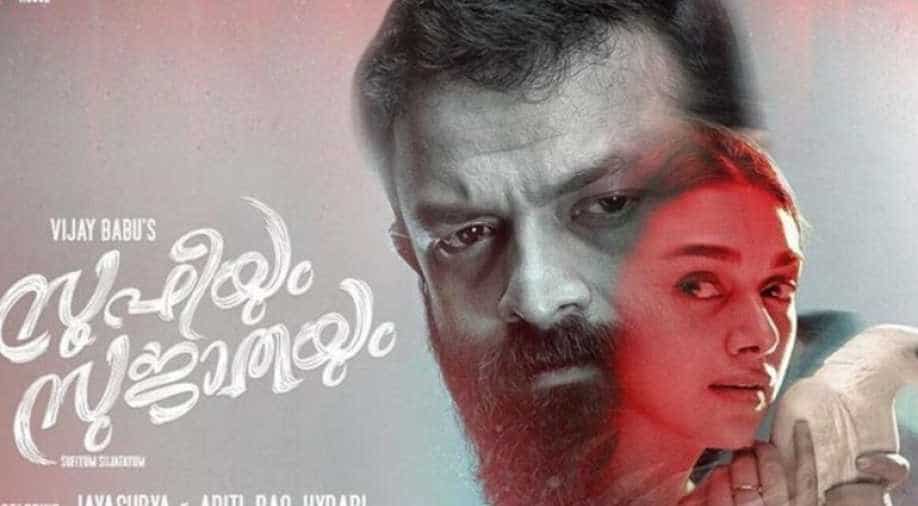 Amazon Prime members in India and more than 200 countries and territories worldwide can watch the much-awaited movie in Malayalam.

Amazon Prime Video recently unveiled the trailer for the much-anticipated Malayalam film, 'Sufiyum Sujatayum', which makes its global premiere exclusively on the service and is the fourth of the seven Indian films in five languages to do so.

Directed by Naranipuzha Shanavas, 'Sufiyum Sujatayum' is produced by Vijay Babu under his banner of Friday Film House. Come this July 3, Prime members in India and more than 200 countries and territories worldwide can watch the much-awaited movie in Malayalam.

Also read: Soni Razdan reacts to the nepotism debate, speaks in favour of daughter Alia Bhatt and other star kids

''Our endeavour is to create something which leaves behind a lasting impact and 'Sufiyum Sujatayum' is a film made exactly on those lines. The theme of the movie is one that hasn’t been explored very often. The story is nuanced and complex, yet underlines one simple, universal truth – that love knows no rationality or bounds'', Vijay Babu said.

By further talking he added, ''There would not have been a more perfect choice than Aditi Rao Hydari and Jayasurya for the respective roles as both are known to do justice to every character that they portray. The music makes the movie a fitting tribute to the all-important emotion of love.  With the movie releasing on Amazon Prime Video we are glad that the film will reach a global audience allowing them to revel in Malayalam cinema''.

''The upcoming movie is a special film for me. I have been lucky to work with some incredible people across India, and this film marks my debut as the leading lady of a Malayalam film,'' said Aditi Rao Hydari.

"The film is an innocent love story, where love is unburdened by prejudices and discrimination. The movie is a drama and narrated with a lot of sensitivity and honesty. I had a great time working on the movie, it was challenging to work with some very brilliant colleagues and crew members. I'm really looking forward to the audience's response. I hope they get immersed in the world of Sufi and Sujata like I did and I hope everyone makes their own special connection to the characters and the story.''

Also read: Manoj Bajpayee to WION on upcoming film 'Bhonsle' and his love for acting

'' The movie keeps up with the tradition and depicts a story of a beautiful girl with an incomplete love story.
I play the role of the husband to Aditi's character. An interesting and nuanced role of a husband that knows of his wife’s love for another man, and tries to find ways to keep his family together. There’s a lot that we’re trying to convey through the film and one will have to watch the movie and be part of it to know how beautifully these sequences take place''.

Also read: On Vijay's birthday, fans want the makers to release the trailer of 'Master'

The film is shot by cinematographer Anu Moothedath and edited by Deepu Joseph. The soulful music in the film is composed by the talented M Jayachandran with lyrics penned by Hari Narayan and songs sung by Sudeep Palanad. The film is brought together by executive producer Vinay Babu.