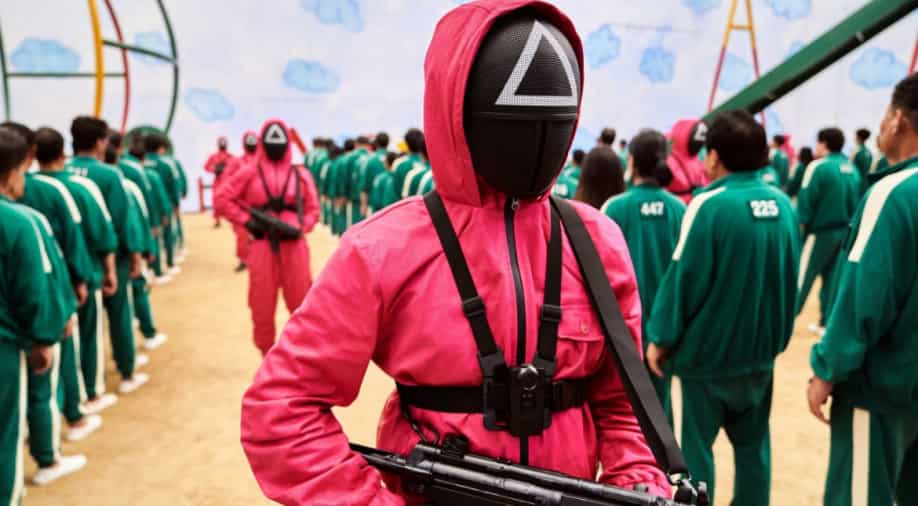 'Squid Games' has been on the top of the streaming list ever since it has debuted on Netflix on September 17. It is currently number 1 on Netflix in 90 different countries.

If you happen to scroll online, you’d know about the latest fascination -- ‘Squid Game’ that is touted to become the biggest and most-watched show ever in modern times. It’s violent, it’s gory, it’s displeasing to the eyes and yet we are getting consumed by it one household at a time. Ofcourse, Netflix is trying its best to keep it at the top of every trending list so that it grabs the maximum number of eyeballs, but we, the consumers, are doing more than the effort to watch and keep watching it, episode after another.

But what’s the fuss around it?

The South Korean series is a violent drama that puts fictional people in a situation of dangerous games that they must not get evicted from and stay till the end to win a huge cash prize that will change their fortunes. And this bait is enough for people as they stay throughout the game, facing all kinds of dangers, to win all the money. As the name of the show goes, the games reach out to you like tentacles, pulling you into it. Also, its popularity has been squid like, reaching out to people, playing with their violent dark sides, becoming number 1, grabbing headlines and showing the dark reality of humans -- that we all revel in the unknown and the trauma that comes with it.

Squid Games has been on the top of the streaming list ever since it has debuted on Netflix on September 17. It is currently number 1 on Netflix in 90 different countries. The streamer has gone on record saying it is on track to be its most-watched series ever.

The series, which can be watched on Netflix in Korean with English subtitles or dubbed in English, comes from South Korean director and writer Hwang Dong-hyuk.

The show starts with a pensive gambler who’s been running out of luck with loads of debt, Seong Gi-hun (Lee Jung-jae), is recruited by a mystery man to participate in an ambiguous game that he promises will allow Gi-hun to settle his finances and start his life over. He arrives at a secret venue to find 455 other contestants. He is number 456.

Once they all sign a contract, they are told that if they make it through six games without being eliminated, they will win $45.6 billion. At first, these seem like childhood games, like Red Light, Green Light. (Squid Game, for example, is a variation on tag.) But the contestants soon learn that “being eliminated” means being killed.