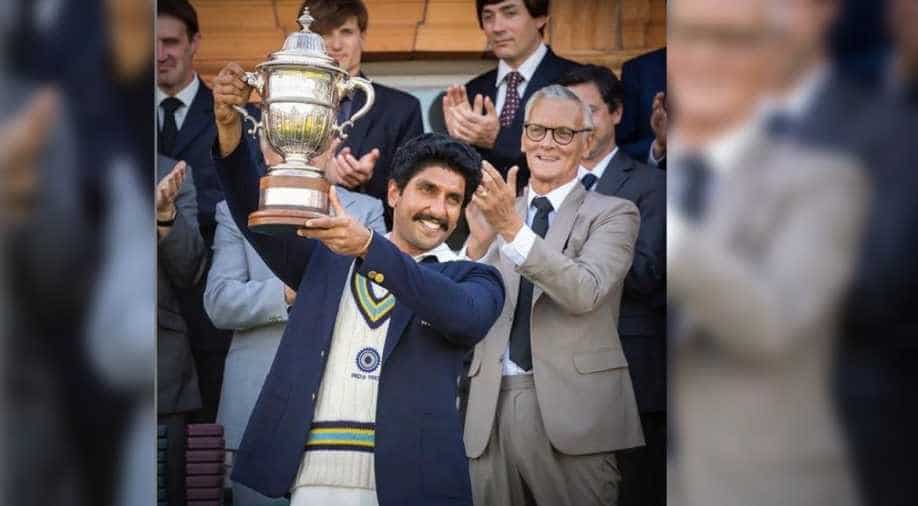 The sports-drama also stars Deepika Padukone in the lead role opposite Ranveer Singh.

Bollywood actor Ranveer Singh, on Saturday, Tweeted an image from a scene from his upcoming flick '83', in which he is hosting the Cricket World Cup trophy.

Singh is set to play the character of the legendary Indian cricketer Kapil Dev who led India to its first Cricket World Cup victory back in 1983.

The sports-drama also stars Deepika Padukone in the lead role opposite Ranveer Singh.

The movie is being co-produced by Madhu Mantena, Sajid Nadiadwala, and Reliance Entertainment. Helmed by Kabir Khan, the movie is slated for release on April 10