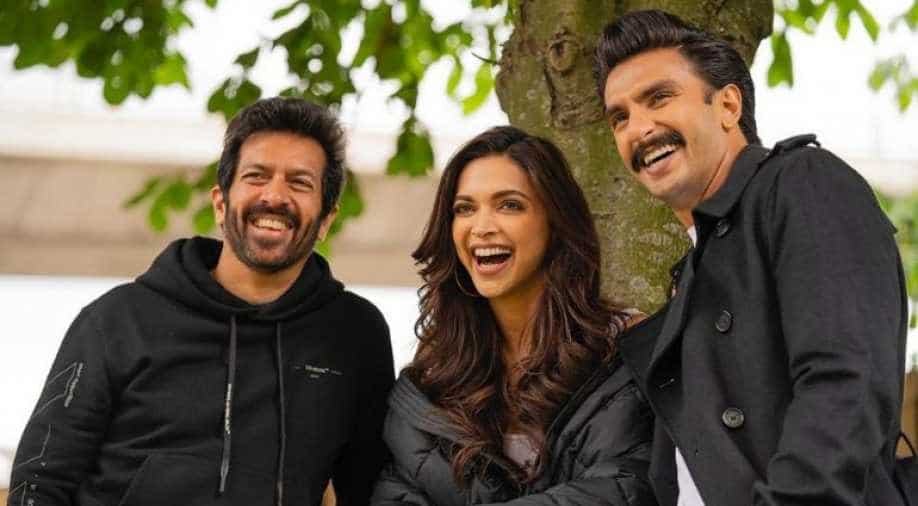 'Who better to play My Wifey than My Wifey?!,' tweeted an excited Ranveer Singh.

It's finally official. After weeks of speculation on whether Deepika Padukone would indeed be a part of Kabir Khan's '83', the truth is finally out. On Wednesday Ranveer Singh confirmed that his real wife would indeed play his reel wife in Khan's film.

Ranveer took to Instagram to post a photo of Deepika, Kabir Khan and himself and captioned it as,' Who better to play My Wifey than My Wifey?! @deepikapadukone plays Romi Dev in @83thefilm !!! Genius casting courtesy @kabirkhankk #83squad"

Ranveer is playing legendary cricketer Kapil Dev in the film that narrates Indian cricket team's historic win in World CUp in 1983 and Deepika will play his wife Romi Dev in the film.

While rumours of Deepika being cast were doing the rounds since last month, there was no official confirmation on it untill now. This will be the couple's first movie since they got married in November 2018. The couple has earlier given us blockbusters like 'Ram Leela', 'Bajirao Mastani' and 'Padmavat'.

A visibly excited Ranveer Singh posted series of photos of the trio soon after making the announcement.