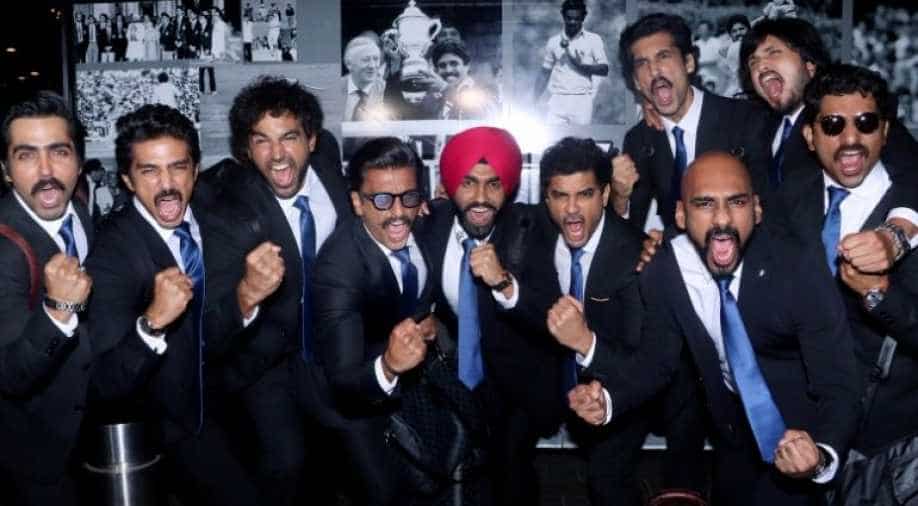 The cast of '83' pose at Mumbai Airport before leaving for London for the film's first schedule. Photograph:( Yogen Shah )

On Monday evening, the cast of the film, all wearing black suits, arrived at the Mumbai International airport in a bus to head for London where the first schedule begins.

The cast of '83' may not have started shooting for the film but they seem to have already got into the skin of their characters. On Monday evening, the cast of the film, all wearing black suits, arrived at the Mumbai International airport in a bus to head for London where the first schedule begins. Now, arriving in team buses together is something synonymous to the Indian cricket team- so it was interesting to see a cast of a film arriving at the airport, dressed in uniform, to leave for the shoot of their film.

Ranveer Singh, who plays Kapil Dev in the film, lead the pack that also consisted of Tahir Raj Bhasin, Saqib Saleem,  Sahil Khattar and Ammy Virk.
Before entering the airport the team posed together for the media which was present there. 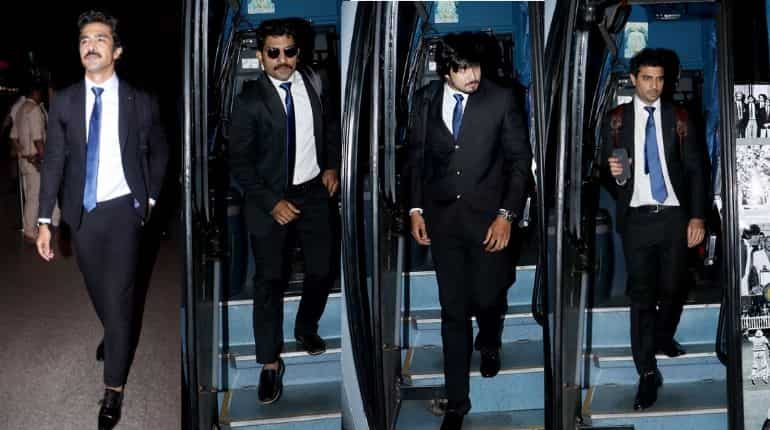 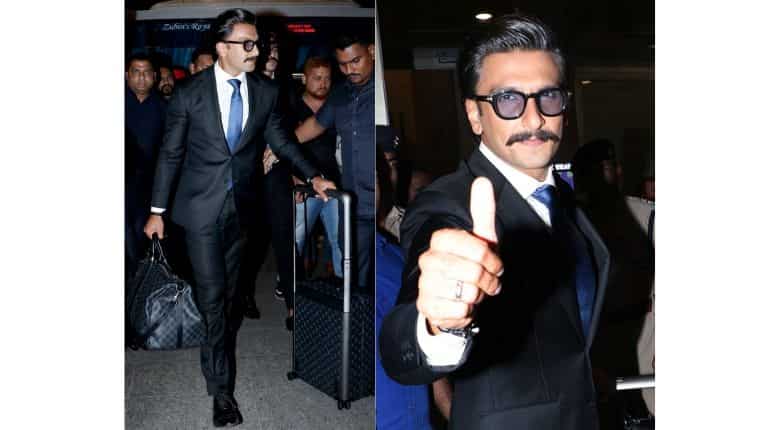 Directed by Kabir Khan, the film will chronicle the Indian cricket team's journey during the historic 1983 World Cup which they had won. Reports suggest Deepika Padukone will play Ranveer Singh's reel wife in the film and is also co-producing the film- although there has been no confirmation from the couple yet.

The cast had earlier been prepping in Dharamshala and where former cricketers came to coach the actors personally. Ranveer even spent a few days with Kapil Dev in Delhi taking notes for his role.

The film will be releasing in April 2020.