'Raazi' to 'Manmarziyaan': How Vicky Kaushal became the country's favourite actor in 2018 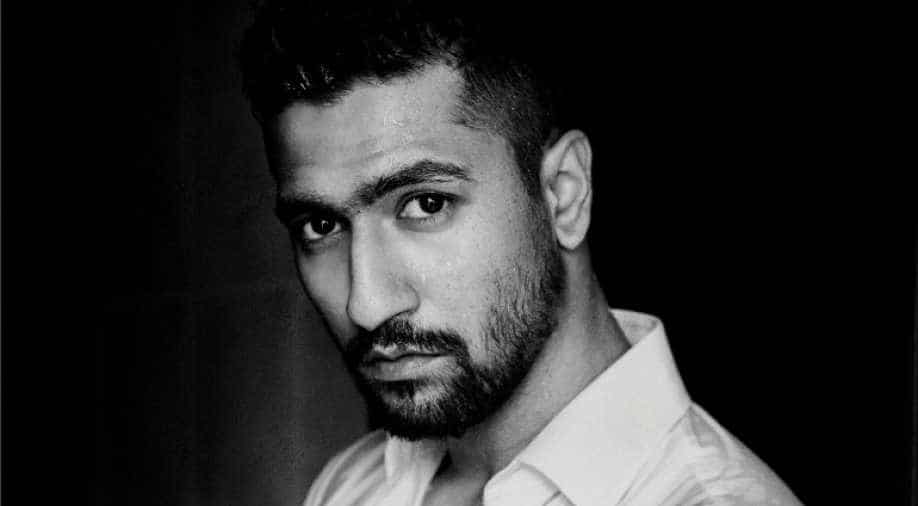 The Masaan actor has four releases lined up next year. Photograph:( WION )

The man, who started with art-house cinema, made a transition to more commercial space this year with two big-budget films but also balanced it out with two digital, small-budget films.

No one would have predicted Vicky Kaushal's stardom back in 2015 when he had made his debut in Neeraj Ghaywan's critically acclaimed film 'Masaan'. A poignant film on love and loss, the film was a favourite in almost every international film festival but was not really a commercial success back home. It was critically lauded for sure, but one would have never thought that its male lead- a tall, unconventional looking, the lanky boy would become the nation's favourite actor, three years down the line.

The man, who started with art-house cinema, made a transition to more commercial space this year with two big-budget films- 'Sanju' and 'Manmarziyaan'- but also balanced it out with two digital, small-budget films- 'Love Per Square Foot' and 'Lust Stories'. Each of the films had him playing strikingly different characters but Kaushal aced in almost all of them.

Ranbir Kapoor may have won the maximum accolades for Rajkumar Hirani's flawed biopic 'Sanju', but if there's one person who stood out amid a crowd of very well-known faces, it was Kaushal whose performance as the socially awkward Kamlesh or Kamli struck a chord with one and all.

Kaushal's role was not the main lead. Hirani's 'Sanju' was primarily a father-son story but Kaushal's sheer talent and his on-screen camaraderie with Ranbir made the film also a story of two friends.  Kamli's as a character could have easily been forgotten as just one of the supporting acts in the film. But Kaushal managed to shine and make people sit up and notice his character of a friendly Gujarati businessman in the US who befriended Sanju as he and his family were grappling with the sudden demise of Nargis Dutt.  Kaushal's performance left such an impact that it got people curious about the actual person on whom the character was based.

'Sanju' was not the first time this year that Kaushal impressed critics and fans alike with his performance. His last release before 'Sanju' was in Karan Johar's  story on Netflix' production 'Lust Stories.' A film primarily about women and their sexual desires, Kaushal's buffoonery struck a chord with one and all. Kaushal played an ignorant husband whose pleasure in bed comes literally in five thrusts much to his wife's (Kiara Advani) dismay.  Kaushal's role was an unconventional one. A role that perhaps a lot of actors would be apprehensive to play as it did not glorify his machismo, instead poked fun at his inadequacies in bed. Yet Kaushal's performance stood out despite some the strong portrayals by the women. Read the review of 'Lust Stories here.

Of the five films that the actor was seen in this year, in three, Kaushal did not play the central character- yet managed to leave a lasting impression in each of these films. Each of the characters was strikingly different but Kaushal was convincing in all these parts. Be it as the supportive husband whose world comes crashing as he finds out his wife is a spy in 'Raazi', or the ambitious guy craving to own a space of his own in the ever-growing  city of Mumbai in 'Love Per Square Foot' or even as the commitment-phobic, undecided Vicky in Anurag Kashyap's 'Manmarziyaan', Kaushal made each of the characters his own.

Vicky of 'Manmarziyaan' was a complex character. A man-child who just understood one word- Rumi, the girl he loved. He lacked ambition, he lacked any kind of vision, did not have a plan and yet was somehow extremely endearing. It was also diametrically opposite to Kaushal's character Iqbal in 'Raazi' where he played the responsible, righteous husband to Sehmat. Read the review of 'Manmarziyaan' here.

Kaushal first appeared in a small role in 'Luv Shuv Tey Chicken Khurana' but it was his performance as the lovelorn Deepak in 'Masaan' that made people sit up and take notice of him. Your heart went out for him as he cried his heart out after cremating his girlfriend. His second film, 'Zubaan', had him playing a conflicted person who finds solace in music. And while the 'Masaan' and 'Zubaan' presented a softer side of the actor, Anurag Kashyap's 'Raman Raghav 2.0' had Kaushal playing a strikingly different role as the antagonist. His character was dark, evil and someone you would easily like to hate. And the actor aced it making Raghav one of the darkest characters that Bollywood has seen in recent times.

In Bollywood, it is easy to get typecast soon. So credit must be given to Vicky Kaushal for steering away from the herd and choosing characters that matter irrespective of the screentime.

He may be a few films old, but Vicky Kaushal, in a very short span of time has become one of the most dependable names in Bollywood. He takes risks, he experiments and manages to surprise the viewer with his talent one film at a time.