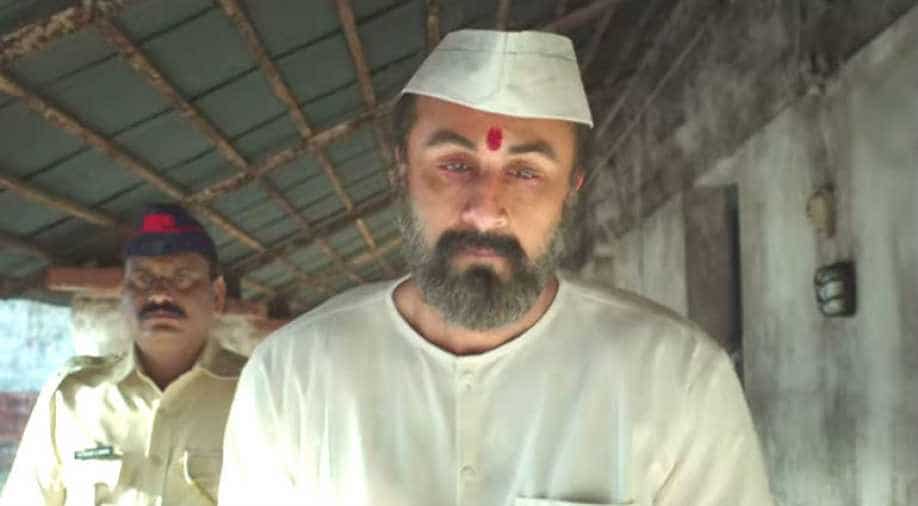 Known for making feel-good, thought-provoking, message-driven social films, Rajkumar Hirani has always managed to connect with the audience. He is the director who understands the pulse of the society we live in and his films, in their nice, feel-good way give you perspective on life and things. His latest, 'Sanju' based on Sanjay Dutt's life attempts to give a very one-dimensional perspective on the actor whose career and life has been riddled by controversies.

Featuring Ranbir Kapoor as Dutt, the film essentially is a heartwarming story of a strong-willed father and his very vulnerable, naive son. Paresh Rawal plays veteran actor Sunil Dutt and writers Hirani and Abhijat Joshi highlight only the struggles that the senior Dutt had undergone due to his son's misdeeds. Since Dutt's story captured the imagination of the entire generation back in the 1990s, so a lot of the story is known. The writers fictionalise some aspects, keep some of the actual incidents and brush the rest of the controversies neatly under the carpet and present only certain aspects of Sanju's life. What we get is only half the story.

The film primarily highlights Sanjay Dutt's struggle with drug addiction, his stint at the rehab in US in the 1980s and then dives straight into the Bombay blasts of 1993 and Dutt's long drawn court battle and subsequent jail in the arms act case. Stuff that is known to most of us. The film steers clear of all the controversies, the high-profile affairs that the actor had, his relationship with his first wife and daughter. Basically, it only tries to deliver one aspect of the actor's life- which was the most talked about- and somewhat whitewashes over the actor's then tainted image. If we keep aside the fact that the film doesn't give too many new insights about Dutt's life or Bollywood- 'Sanju' is an endearing story. It has its moments of fun in the traditional Hirani style and the second half truly is engaging. Hirani brings all his known tricks to the table and refreshingly presents a very dark character in his typical style that manages to entertain and engage.

The director also gets the best lead actor in Ranbir Kapoor. Kapoor with heavy prosthetics and makeup, gets the mannerisms and look of Dutt to the core and delivers a fine performance. He is fantastic in the scenes where he is struggling to overcome his addiction and makes you want to reach out to him, he is fantastic as the ageing actor wanting to tell his story honestly to the world. His scenes with Paresh Rawal who plays Sunil Dutt are emotional and well enacted. Rawal a formidable actor himself, delivers a compelling act. The two make the father-son story come alive with their genuine act. The other actor who shines and holds his own in the midst of so many actors is Vicky Kaushal. This year is slowly turning out to be Kaushal's year and with each film, and very different roles, Kaushal is managing charm one and all. Kaushal plays Dutt's loyal friend who can literally go to any length to save his friend from drudgery. 'Sanju', apart from being a story of a father and son, is a story of two friends. Kaushal and Kapoor together light up the screen with their onscreen camaraderie and you can't help but root for their uncanny friendship. The women deliver in their restricted roles. Manisha Koirala plays the exuberant Nargis Dutt and brings freshness in the narrative, Dia Mirza plays Manyata Dutt and is quite restrained in her performance. Sonam Kapoor as Dutt's childhood sweetheart leaves an impression as well. Anushka Sharma plays a fictional character and it's her character who unravels Sanju's story. I wish Hirani had not made her speak a strange accent and let her hair be its normal self, it would have been so much better.

Biopics usually try to glorify one's life. 'Sanju' is no different. It presents some very dark aspects of the actor's life in the most light-hearted way that Hirani can possibly imagine. It also leaves aside a bunch of things and concentrates on making Dutt look vulnerable, innocent and naive. Sure it shows his flaws but blankets it well with the circumstances he was in.

'Sanju' is ultimately a very clean, simplistic version of Dutt's controversial life. It's Ranbir Kapoor and Vicky Kaushal who make the film worth a watch.