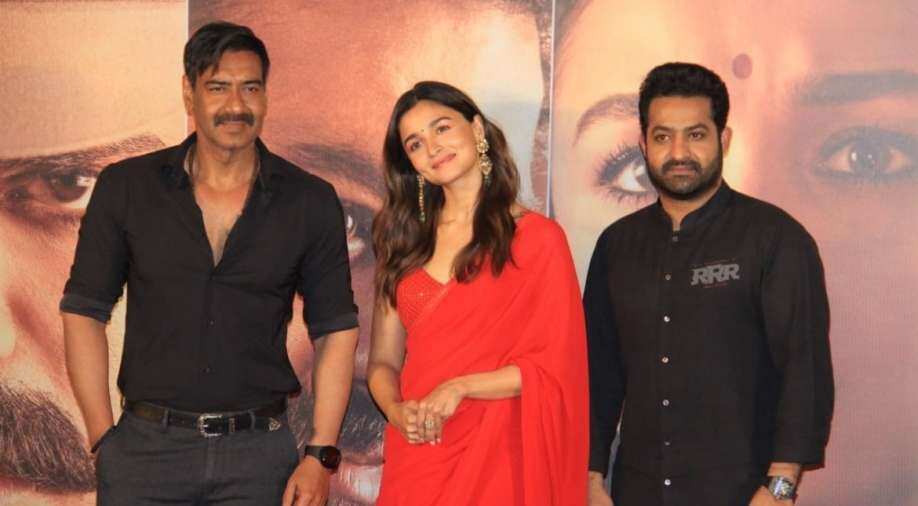 Amid questions around the upcoming period drama, a journo asked Alia whether the alphabet 'R' is a lucky factor for her. The journalist was referring to her film as well as her beau, actor Ranbir Kapoor.

Alia laughed and said, "I am stumped. Mere paas jawab nahi hai...I am trying to be intelligent. I don't have a good answer."

After a pause, she smiled and cleverly replied, "Ji...R is a lovely alphabet, but so is A."

The project is helmed by SS Rajamouli, who was also the mastermind behind the record-breaking 'Baahubali' series.
Jayantilal Gada (PEN) has bagged the theatrical distribution rights across North India and has also bought worldwide electronic rights for all languages.