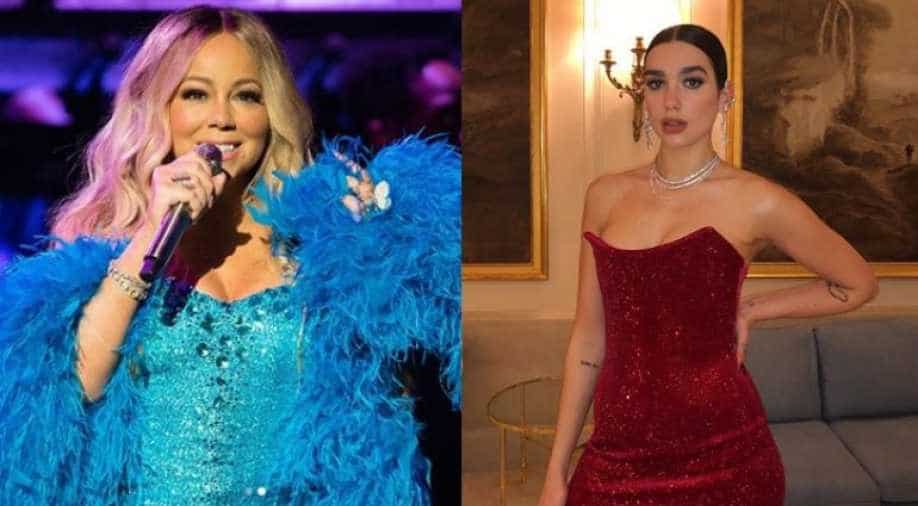 2019 also marks the 50th anniversary of the Stonewall Riots of 1969 that inspired the creation of Pride month.

With the start of Pride Month, several Hollywood A-listers are storming social media with their wishes for the LGBTQ community.

According to Billboard, artists like Mariah Carey, Katy Perry, Dua Lipa and many more took to Twitter on Saturday to show solidarity with the LGBTQ community.

Mariah Carey was the first one to extend her wishes to the community. "Happy Pride Month!!!! -------- Love always to all my friends in the LGBTQ+ community," she wrote on Twitter.

The singer even posted pictures on the micro-blogging site where she is seen dressed in white hoodies with the Pride flag logo on it.

Katy Perry also shared a heartfelt message on her Twitter handle and wrote, "Happy Pride Month, my angels! Let us never stop lifting each other up. I see you, and I love you."

Pop singer Dua Lipa while pouring in her wishes for the community wrote, " HAPPY PRIDE MONTH! LIVE LIFE BY YOUR OWN RULES, LOVE HARDER THAN EVER AND BE YOUR MOST UNAPOLOGETIC SELF. WAVE THAT FLAG EVERY DAMN DAY OF THE YEAR. GOOD MORNING."

Apart from these singers, Taylor Swift penned a letter to Senator Lamar Alexander urging them to consider increased protections for the community.

The singer wrote the letter on Friday night asking the senator to support the community as well as the equality act, as reported by The Hollywood Reporter.

Not just this, the 29-year-old singer even donated a generous amount of USD 113,000 to an organisation called Tennessee Equality Project (TEP) in April to lend some support towards the community.

This year also marks the 50th anniversary of the Stonewall Riots of 1969 that inspired the creation of Pride month.

The riots were a series of spontaneous, violent demonstrations by members of the gay (LGBT) community against a police raid which occurred in the early morning hours of June 28, 1969, at the Stonewall Inn in the Greenwich Village neighbourhood of Manhattan, New York City.

The event is widely considered to constitute the most important event leading to the gay liberation movement and the modern fight for LGBT rights in the United States.