'Narendra Modi' biopic director Omung Kumar: If releasing it at the time of elections gets box office results, then why not? 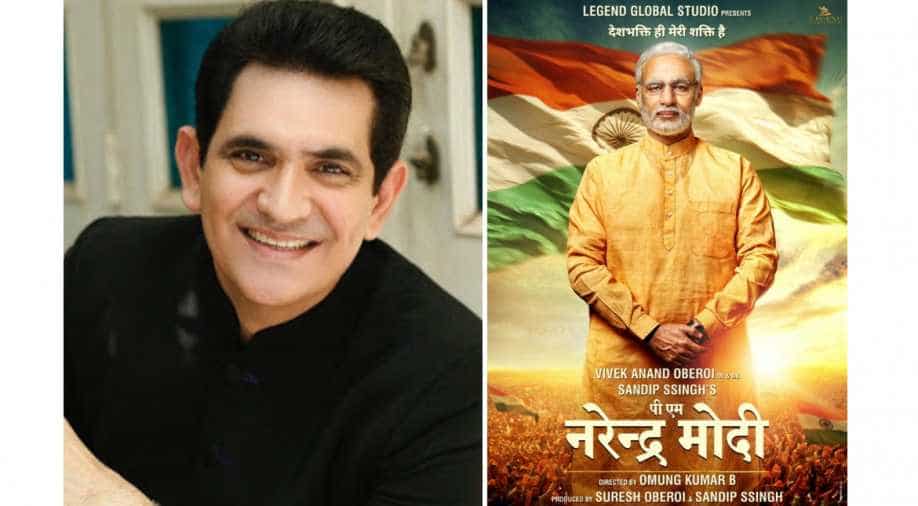 Director Omung Kumar in conversation with WION spoke about his love for biopics, doing a political film that is being labelled as propaganda, casting Vivek Oberoi as Modi and much more.

‘PM Narendra Modi’ biopic can take the cake for being the most controversial film of the year  -- from a petition being filed against its release to allegations of it violating the model code of conduct as it was scheduled to release on April 11 when India starts with its first phase of general elections 2019.

A day ahead of the scheduled film’s release, director Omung Kumar was “excited” as the date was finally here after a lot of back and forth. According to the new Election Commission ruling that came out today, the film has been stalled till the Lok Sabha elections get over.

In conversation with WION, he spoke about his love for biopics, doing a political film that is being labelled as propaganda, casting Vivek Oberoi as Modi and much more.

The year 2019 has so far been majorly about patriotic films and biopics with ‘Uri’, ‘Kesari’, ‘Manikarnika’ leading the way. When asked if this formula works for filmmakers as its definitely catching the eye of the storm, Omung who has helmed two biopics previously ‘Mary Kom’ and ‘Sarabjit’, said, “Biopics are here to stay. It’s a new avenue, a new storytelling technique that we have been longing for. For years, we have just been making love stories, so here’s a new genre that’s come our way. As for patriotism, it just works in our favour because in any country and not just here, whenever you see something like that you feel pride towards your country -- a sense of smile comes on your face. Like ‘Mary Kom’, it's not just a boxing movie as when the flag goes up, everyone feels proud.”

This was, however, not his intent as he made a movie on an “inspiring story.” He said, “If ‘Mary Kom’ inspires sports vibes, ‘Sarabjit’ was a struggle, an inspiring story that is based around what one should not have to go through, then here is a story of a small chaiwala -- 60 years ago who would have thought that this guy from Vadnagar would become the prime minister of our country?”

Thank you to each and every one of you for your blessings, love and support. Thank you to the Indian Judiciary. We hope you like the film and that it inspires you all! #PMNarendraModi 🙏 Jai Hind 🇮🇳 @OmungKumar @sandip_Ssingh @sureshoberoi @anandpandit63 @TSeries pic.twitter.com/ogAKP1jG77

Considering these two themes combined is selling at the box office, is there a possibility that the filmmakers are consciously harping on it? Omung disagreed, “An interesting story works beyond all that. Any sports film or a biopic on a person who has done something in life has been picked up in the past. If you have done something in life, then either you have done it for yourself or for the country. In case of a sports film, the character will obviously play a sport that will automatically become an India-based story evoking emotions of patriotism. Nobody is purposely finding and making war films. If people think that ‘Uri’ has made money then we will also make, that’s not how it works.”

“If people are making war movies that’s because there are lots of stories to be told. An inspiring story of a person is of somebody trying to do something big. That achievement ultimately gets you national recognition, which brings in the nationalism angle in the film.”

First ‘Mary Kom’, then ‘Sarabjit’ and now ‘PM Narendra Modi’, Omung is on a hat trick with biopics. Does he identify himself as a biopic filmmaker? He said, “This has happened by default. I don’t want to be branded as a biopic maker so as to make people think that it’s the only thing I know but no, I have lots of stories to tell. It so turns out that whenever I plan on doing something else, I get a zero-to-hero story. It always attracts me. Any biopic somewhere becomes a zero-to-hero story --in the sense of trials, troubles and how a person makes it big.  With my third film, I have somehow agreed and accepted that I am a biopic maker. If I am good at it then people will trust me with it.”

Why did you make this film?

Inspiration is key for Omung as a biopic filmmaker. He called it a “big responsibility, something with which I have to weigh my words and everything in the film as it's on the current PM. Nowhere in the world history has a film been made on the current PM.”

This film did not materialise suddenly for him. Omung said, “It was planned two years ago. When Sandip approached me for it then, I said no as I wanted to finish other stuff. When I was judging ‘India’s Best Dramebaaz’ and Vivek was co-judging with me, we had a good bonding. Sandip approached me again, he asked what I thought of Vivek, we asked him and he said yes.”

Omung calls himself a neutral person who has no ulterior motives in making the film apart from getting the producers their profit and telling an inspiring story of a person who has achieved much in life. He said, “I am not a political person, have nothing to do with politics. If I was interested in politics then I wouldn’t have been able to make this movie. I am a neutral person and have made this film that is inspiring for me because if I am inspired then I will make an inspiring movie for others.”

Vivek was always the choice for the role. Omung revealed, “I wanted a good actor who would submit himself to me. Any good actor would suit this role and he was the first and last choice.”

The director revealed it took “makeup, prosthetics and a lot more” for Vivek to become Modi on the reel. “Vivek is a little taller, has a different body weight. We had to put padding, face mask. We had to get Modi’s body language, his moustache, gave him little baby hair when he was shown young. How he wears his watch, his sanyas look -- ten looks over ten years has been created. Then the salt and pepper hair came. So when you see the film, Vivek becomes Modi for the viewer,” he explained.

In an interview to WION, Vivek spoke about his role in the film and his reaction to trolls.

Peculiar timing of release -- propaganda or what?

Omung did not intend on releasing the film on the day when elections start. He said, “Earlier, we announced April 12, then we preponed it because ‘Kalank’ came in. It shifted from 19 to 17 and we just had five days to get whatever screens available. Then we thought of April 5 and that is when all this news of banning and stalling started. We then thought of going to April 12, no 11. We were just trying to match our dates with producers. We are not going to benefit from elections, nobody is going to leave voting to see our film. We are just releasing at a time when we feel it's going to be beneficial for our film but we are still getting only six days before ‘Kalank’ comes in.”

How is this not a propaganda film? “I am not here to buy votes or to get votes. I have my producers who are backing me and it's their hard-earned money. If people are saying that by releasing during elections, we are trying to make money out of it, then yes why not! Filmmakers pay in advance for Eid, Christmas or Diwali. So they are doing the same thing as I am doing. I wanted to make the most of it for my producers. If it's coming at the time of elections and if I get a little more box office results for my film then why not? I am not telling people to vote on the basis of my film, I want to tell the world the story of a kid who became a PM and to get inspired by his story. Politics is the baseline and its because the person who it is based on is involved in politics which is why people are saying it’s a political film,” he said.

Apart from people calling it propaganda in the garb of a movie, the makers have also been attacked by trolls that make fun of Vivek’s casting or songs but this doesn’t bother Omung who said he has his blinders om. He said, “I don’t care about the trolls. They don’t have anything constructive to do. Like the man himself, you love him you hate him but you can’t avoid him. That’s the movie that I have made. Love, hate but you can't avoid this film.”

Did you speak with Modi before making the film?

“If I would have met him, I would have gotten influenced. I didn’t meet Sarabjit also. Nobody met Bhagat Singh or Gandhi but they made films on them.”

The film was shot at different locations including Gujarat, Ahmedabad, Vadnagar, Gandhinagar, Dehradun, Rishikesh, Varanasi and different parts of Mumbai. They shot in the actual locations where Modi had gone. The sanyas scene is shot in Harsil in Dehradun where they shot in freezing cold.