'News of the World' review: A slow burn, watch it for lead cast Tom Hanks-Helena Zengel 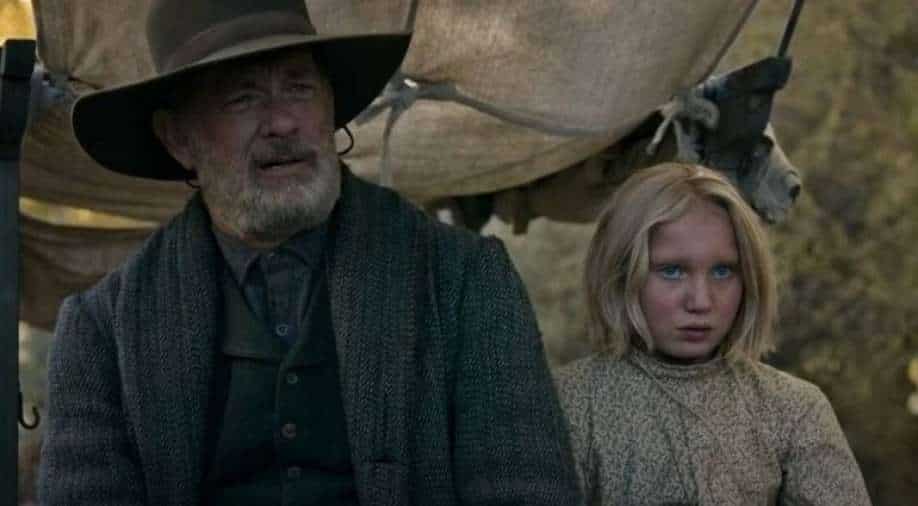 A slow burn for most parts, 'News of the World' is for those who enjoy Tom Hanks doing his magic on the screen.

With Valentine’s Day weekend hitting us with a void as the coronavirus pandemic continues to play a spoilsport, Tom Hanks starrer ‘News of the World’ is something that one could stream as a leisure watch. A slow burn for most parts, this one is for those who enjoy Tom Hanks doing his magic on the screen but alas this needs a taste and lots of patience to survive the entire run.

Based in the post Civil War phase of America, Tom Hanks plays his paternal best to a young orphan girl who was kidnapped by Red Indians and now identifies herself as one of them as she has forgotten her parents and family and has no home. On a mission to find the girl a home, Tom Hanks traverses through the Western side of the country to reach her last surviving family but that’s not where the story ends.

‘News of the World’ explores the relationship between two strangers who meet accidentally as their paths and futures align surprisingly. Co-written and directed by Paul Greengrass, the film makes you feel bad for both the orphan (Helena Zengel) and Captain Jefferson Kyle Kidd (Tom Hanks) while anticipating the end shown in the climax as they journey some miles together in ‘search for a home’. Fighting off scoundrels and looters on the way, Tom Hanks gives it his all in ‘News of the World’ but the screenplay sort-of limits him to a linear role.

Helena Zengel is fantastic as the orphan girl, acting her age -- boorish and defiant in most parts, strong and mindful in others. She matches Tom in every frame, not leaving a scene where she is taken over by Hanks’ towering personality on screen. She’s an actor to look out for.

The film captures America and its rustic state of Texas in that time period of history craftly. A little more pace would have done the film some good.

'News of the World' is currently streaming on Netflix. It premiered on February 10.