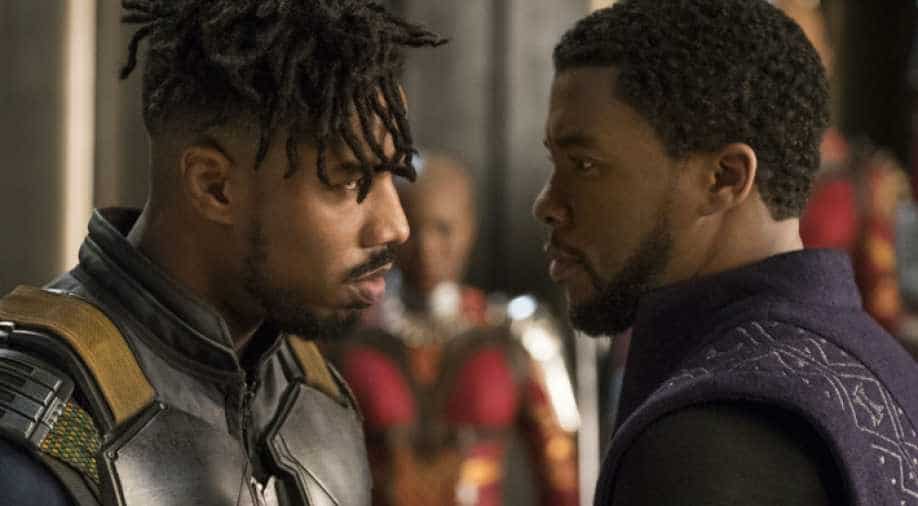 Michael B Jordan and Chadwick Boseman in a still from the Black Panther Photograph:( Others )

Chadwick Boseman tragically passed in August following a private four year battle with colon cancer at the age of 43.

Michael B. Jordan is honouring his late friend Chadwick Boseman as he makes SAG history.

Jordan took his Instagram account and shared a heartfelt message for his 'Black Panther' co-star. “4. Still setting the bar higher,” Jordan wrote on Friday. “Miss you big homie.” he wrote alongside the Chadwick stills from his critically acclaimed films 'Da 5 Bloods' and 'Ma Rainey's Black Bottom'.

The late actor made history this week and became the first person to receive four nominations in the film category at the Screen Actors Guild Awards in the same year.

The '21 Bridges' star tragically passed in August following a private four year battle with colon cancer at the age of 43.