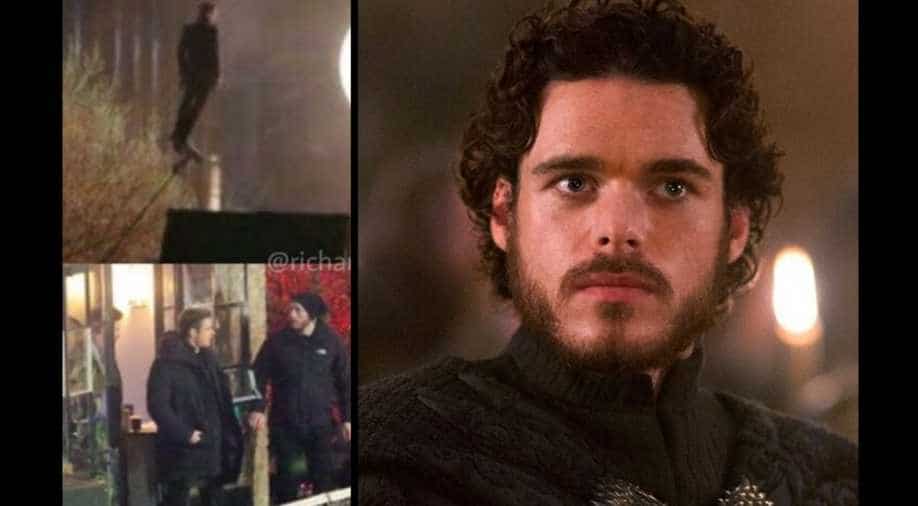 The 'Eternals' team is currently shooting in London as Richard Madden, Kit Harington and Barry Keoghan were spotted.

Remember when we last informed you of Richard madden joining the cast of Marvels’ upcoming film ‘Eternals’. Now we also have our hands on leaked images from the set offering the first glimpse of Richard Madden’s Ikaris character.

The team is currently shooting in London as Richard Madden, Kit Harington (both of the fame ‘Game of Thrones’) and Barry Keoghan (of fame ‘Dunkirk’) were spotted. ‘Eternals’ also features Angelina Jolie, Salma Hayek, Ma Dong-seok, Kumail Nanjiani in the cast. Also read: Kumail Nanjiani's physical transformation for 'The Eternals' will make your jaws drop

The team has been shooting for the film ‘Eternals’ since mid-September last year. Also read: 'The Eternals' will feature an openly homosexual character, confirms Marvel

In the leaked photos, we can see Richard Madden being harnessed to a large crane that lifts him high above the streets of London.

Kit Harington and Barry Keoghan was also on set. pic.twitter.com/0WRbZmN6At

‘Eternals’, originally a part of Marvel comics are getting their first film adaptation. The group of Eternals, according to comics, were sent to Earth some 35,000 years ago by being known as Celestials. Their mission was to protect humankind from a race called Deviants.

Although not much is known about the plot of Marvel’s ‘Eternals’ film, but it’s being speculated that the film takes place after the time of ‘Avengers: Endgame’ when "an unexpected tragedy" causes the team to reunite against the Deviants.