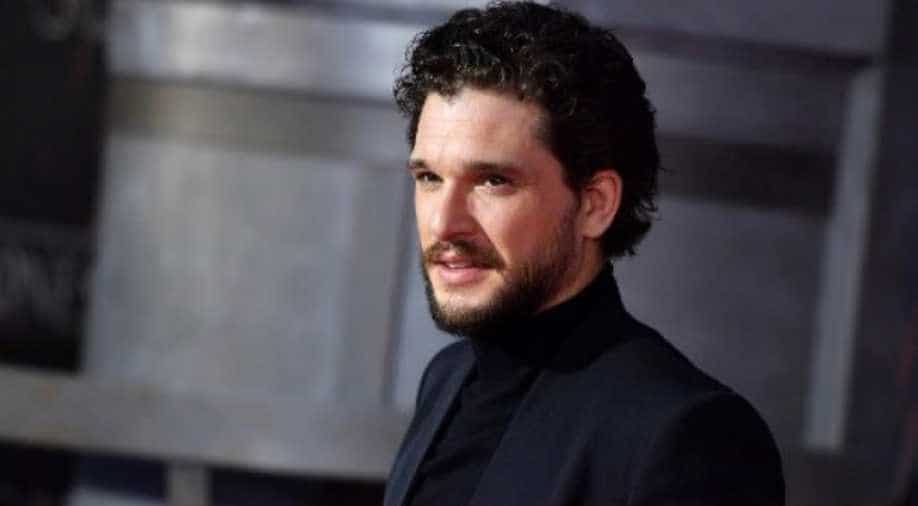 Harington, best known for his role of Jon Snow in 'GoT', will play a non-eternal character named Dane Whitman, aka the Black Knight, in the upcoming superhero film 'The Eternals'.

'Game of Thrones' fame Kit Harington has joined the cast of Marvel's upcoming film 'The Eternals'.

Although Harington wasn't in attendance, Harington's Stark stepbrother in 'GoT', actor Richard Madden was a part of the cast announced at San Diego Comic-Con, along with Angelina Jolie.

Harington, best known for his role of Jon Snow in 'GoT', will play a non-eternal character named Dane Whitman, aka the Black Knight, in the upcoming superhero film 'The Eternals'.

Madden had previously been announced to play Ikaris in the movie.

Dunkirk fame Barry Keoghan was also added to the cast as an Eternal named Druid.

The casting news came a day after Deadline reported that Harington was headed to the Marvel Cinematic Universe where he will make his next film.

All the cast members, excluding Harington, appeared at 'The Eternals' presentation at D23.

The film centres on a race of never-aging, never-fading figures.

The Eternals were created by the powerful godlike creatures known as the Celestials, and since their birth thousands of years ago, they've kept watch over the Earth throughout human history.

The superhero flick is being directed by Chloe Zhao, which is set for release on November 6, 2020.

Meanwhile, in May, Harington took a brief break from the spotlight, checking into a wellness retreat to deal with personal issues ahead of the 'GoT' finale.

He is currently nominated for an Emmy for his work as Jon Snow in the show's final season.

Madden and Harington's 'Game of Thrones' sister Sophie Turner is also part of the MCU.

She plays the role of Jean Grey in the X-Men films and reprised her role in 'Dark Phoenix' in June.