'The Eternals' will feature an openly homosexual character, confirms Marvel 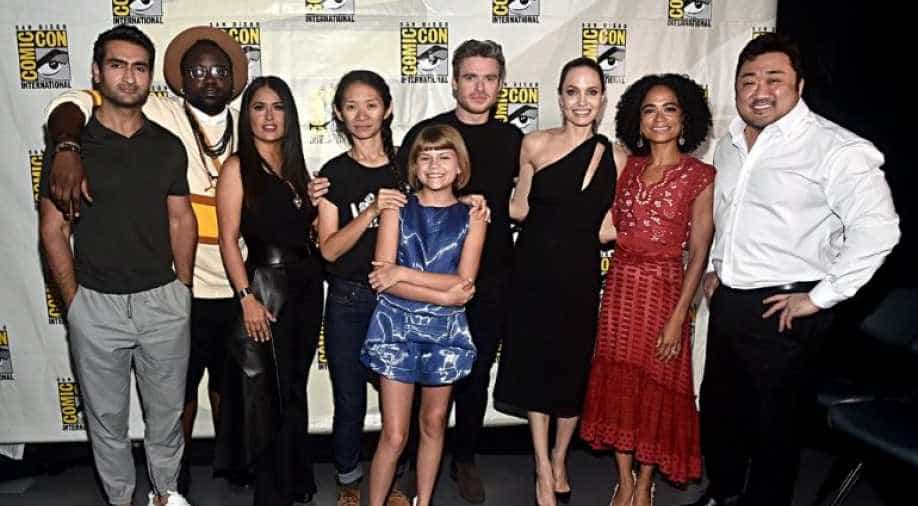 Marvel recently confirmed that Tessa Thompson`s Valkyrie will no longer be the only queer superhero in the MCU. Marvel Studios president Kevin Feige teased that an openly gay character will appear in the highly-anticipated film `The Eternals'.

In its fourth phase, Marvel Cinematic Universe, is surely making the right kind of noise. After announcing two standalone films with women superheroes, Marvel has revaled that one of its characters will be gay.

Marvel recently confirmed that Tessa Thompson`s Valkyrie will no longer be the only queer superhero in the MCU. Marvel Studios president Kevin Feige teased that an openly gay character will appear in the highly-anticipated film `The Eternals'.

Feige confirmed that a character in `The Eternals` will be homosexual, making him the first with an LGBTQ storyline in the MCU.
"He`s married, he`s got a family and that is just part of who he is," Feige said at a news show at the D23 Expo which took place in California recently.

It`s unclear as to which character Feige is referring to, although there are several possibilities among the star-studded cast, who appear as an immortal alien race sent to Earth by the Celestials to protect humankind from the Deviants.

The upcoming superhero film already has the most diverse cast of any Marvel film ever.`Game of Thrones` star Kit Harington will play Dane Whitman, while his former co-star Richard Madden will play Ikaris. Other cast members include Angelina Jolie as Thena, Salma Hayek as Ajak, Kumail Nanjiani as Kingo, Barry Keoghan as Druig, Brian Tyree Henry as Phastos, Lauren Ridloff as Makkari, Dong-seok Ma as Gilgamesh and Lia McHugh as Sprite.

Feige`s announcement means that Tessa Thompson`s Valkyrie will no longer be the first with an LGBTQ storyline in a Marvel movie, as her film `Thor 4: Love and Thunder` hits the screens in November 2021 and `The Eternals` will release on November 6, 2020.
Thompson told the crowd at San Diego Comic-Con in July that her character, who recently inherited the crown of Asgard from Chris Hemsworth`s Thor, is on a mission to find herself a wife.

"First of all, as new King, she needs to find her queen, so that will be her first order of business. She has some ideas. Keep you posted," Thompson said at that time.

Feige later confirmed that Valkyrie will have an LGBTQ storyline. "How that impacts the story remains to be seen with that level of representation you`ll see across our films, not in just Thor 4," said Feige.

And not just a gay character, `The Eternals` will also cover new ground with Marvel`s first deaf character, which will be played by Lauren Ridloff.

The film centres on a race of never-ageing, never-fading figures. The Eternals were created by the powerful godlike creatures known as the Celestials, and since their birth thousands of years ago, they`ve kept watch over the Earth throughout human history. The superhero film is being directed by Chloe Zhao.