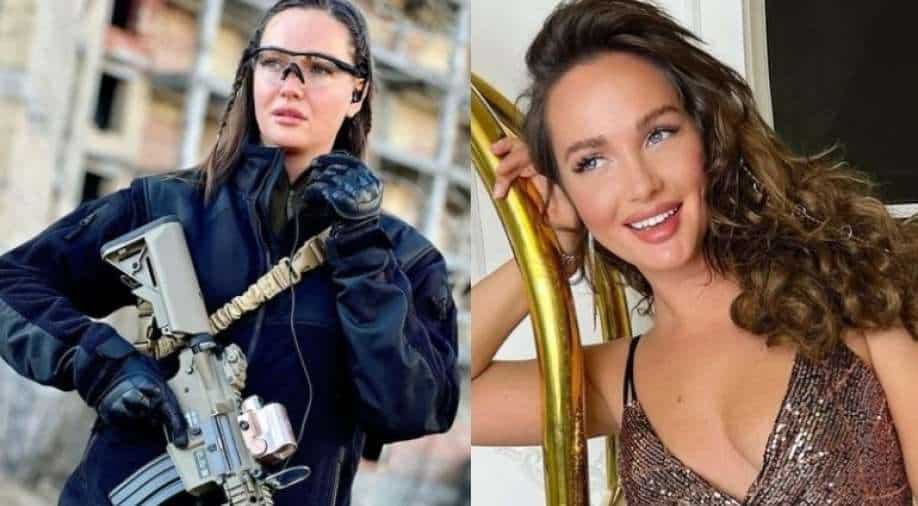 A beauty queen and former Miss Ukraine Anastasiia Lenna has ditched her high heels for the combat shoes.

After the Russian invasion, Anastassia has stepped outside to protect her motherland and have reportedly joined the Ukrainian military to safeguard her nation.

I stand by my motherland: Celebrities from Ukraine respond to the Russian invasion

Following the footsteps of their president Volodymyr Zelenskyy, the people of the country have stepped outside in the war situation to save their homeland against Russia, many people have also voluntarily taken up arms to assist their country’s military.

Ever since the Russian invasion, Lenna has been sharing various Instagram stories addressing the crisis. Lenna, who represented Ukraine in the 2015 Miss Grand International beauty contest, shared a series of photos of herself where she can be seen carrying a gun and is in military uniform.

In one of the posts she shared on Saturday, she wrote: “Everyone who crosses the Ukrainian border with the intent to invade will be killed!.” She has also shared a photo showing soldiers walking with Ukrainian President Zelensky, and called him a “true and strong leader.”

She has also continuously urged for support and for donations to the Ukrainian armed forces.

Prince William and Kate Middleton react to Russian invasion: We stand with Ukraine

Lenna is a marketing and management graduate from Slavistik University in Kyiv, Ukraine. She has worked in Turkey - Bodrum, Ankara and Istanbul as pr manager. She knows five languages and has worked as a translator also.

As tensions escalated, many celebrities from around the world have reacted to the situation. Read more here