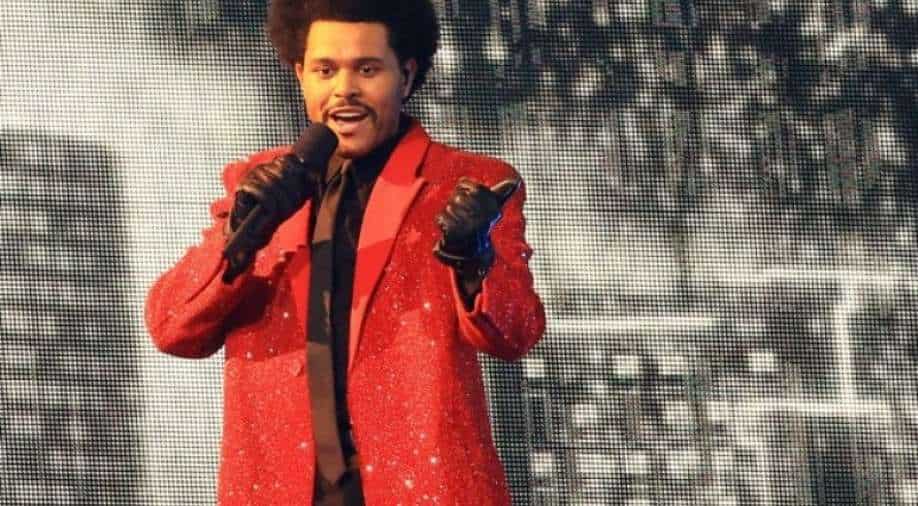 The Weeknd won hearts with his performance at the Super Bowl LV halftime show in an ornate, bright-red blazer. While the world tripped over his elaborate background dancers and a unique narrative, there was something else that made the singer's performance worth every effort.

The musician paired it with a black shirt, pants, a leather tie, gloves, and black-and-white oxfords.

"It's truly an honor to have dressed The Weeknd for his incredible Super Bowl show," Williams said in a statement, according to People. "To me, fashion is all about infusing what you wear with a unique personality, and The Weeknd brought his look to life with his energy, character, and sense of style."

During the halftime show, The Weeknd performed songs from his March 2020 album, 'After Hours.'

The Weeknd first dressed as 'The Character' in his Heartless music video, where he wore a red suit jacket and leather gloves. He portrayed the same character again in the 'Blinding Lights' music video. During his Super Bowl performance, The Weeknd shared the field with a large group of dancers dressed in red jackets, gloves, and bandages that were reminiscent of his past performances.

Between rehearsals for the halftime show on Sunday, The Weeknd told Variety that the use of bandages by his character and the dancers was a reflection of the constant culture in Hollywood of wanting to change your appearance.

"The significance of the entire head bandages is reflecting on the absurd culture of Hollywood celebrity and people manipulating themselves for superficial reasons to please and be validated," he said. "It's all a progression, and we watch The Character's storyline hit heightened levels of danger and absurdity as his tale goes on."

From robotic choirs, an army of bandaged henchmen, fireworks galore — there were a lot of memorable moments from The Weeknd’s Super Bowl LV Halftime performance.

As stated in the press conference before the performance, The Weeknd kept his otherwise 'R' rated music and narrative simple and PG-13 for the families across.