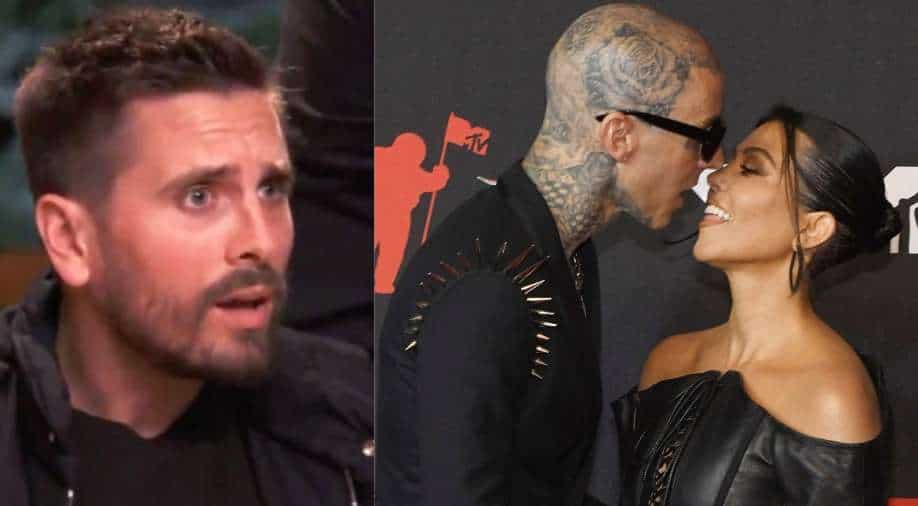 Regardless of what happens between Kourtney Kardashian and Scott Disick, mother Kris Jenner continues to stay thick with Disick, revealed the source.

Reality TV star Scott Disick is still looking for ways to get over Kourtney Kardashian's recent engagement to Travis Barker, a source has reportedly informed a news website.

He was recently seen with model Elizabeth Grace Lindley but he is reportedly not seeing anyone seriously. Disick is also trying to extract a reaction from 42-year-old Kardashian, with whom he shares three kids -- 11-year-old Mason, 9-year-old Penelope and 6-year-old Reign.

"Scott has been trying to do his own thing and process Kourtney and Travis' engagement. He's getting back to going out and hitting the party scene again. He's not dating anyone seriously yet at this point, and he is also trying to get under Kourtney's skin by being spotted out and about," the source was quoted as saying.

Regardless of what happens between the former couple, mother Kris Jenner continues to stay thick with Disick, revealed the source.

"Scott is still very close with Kris, along with other members of the family, and him and Kris talk to each other all the time. He will still be included and welcomed in various Kardashian celebrations, including holidays, as he is still their family, but right now, he doesn't know if he will choose to be around," the source added.

Also read: ‘Squid Game’ creator to NBA star LeBron James: He could make his own sequel

When the news of Kourtney and Travis' engagement broke, Disick was rumoured to be 'stweing' over it. A source was quoted by ET as saying, "Scott is stewing over Kourtney and Travis' engagement and not happy at all. He's lonely right now and not in a relationship, and is very jealous that things are working out for Kourtney. Scott would prefer to go back to when him and Kourtney were just getting along as co-parents without anyone else in their lives romantically."

"He's trying to figure out his next move when it comes to their kids. Kourtney is trying to ignore any negativity from Scott because she has been down that road too many times to count and is just enjoying this moment, " the source had added.

Also read: Alec Baldwin's daughter Ireland Baldwin stands by him: I know my Dad, you don't