Hyderabad witnesses its first gay marriage, see the beautiful photos of the ceremony 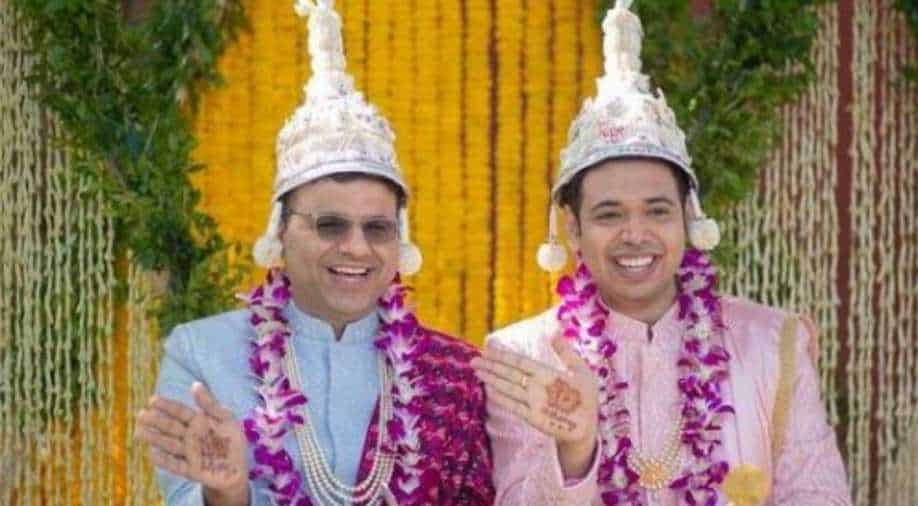 Abhay Dange, 34, and Supriyo Chakraborty, 31, married as per Punjabi and Bengali customs in the presence of their family and friends.

Love is love! Hyderabad based gay couple solemnised their relationship in what could be termed as the first same-sex wedding in Telangana on Saturday. Abhay Dange, 34, and Supriyo Chakraborty, 31, married as per Punjabi and Bengali customs in the presence of their family and friends.

In India, same-sex weddings cannot be registered under the law, although homosexuality was decriminalised by the Supreme Court in 2018.

According to the Times of India, Supriyo Chakraborty and Abhay Dange exchanged vows and rings in a "promising ceremony" on December 18.

The ceremony was held in the outskirts of Hyderabad and consisted of a mix of both Punjabi and Bengali traditions to pay tribute to their respective families. Prior to the wedding, they also had a Mehendi and Haldi ceremony and a sangeet function.

The couple met through a dating app eight years ago and since then have been going strong. A month into their dating, Supriyo introduced Abhay to his mother. Supriyo admits his mother was initially surprised and took a few days to process the information. Eventually, she accepted them wholeheartedly.

"Our parents were pleased that we included them from the beginning, and they have been very supportive of our relationship," Supriyo Chakraborty told Humans of Hyderabad - a popular page that documents the stories of the city's residents.

"Our journey to being accepted as gay men has not been too difficult. Once you come out to a critical mass of people and they accept you, your self-confidence rises and each new coming out becomes easier," he said.
The photos of their beautiful wedding have gone viral on social media. Supriyo himself documented his wedding on Instagram.