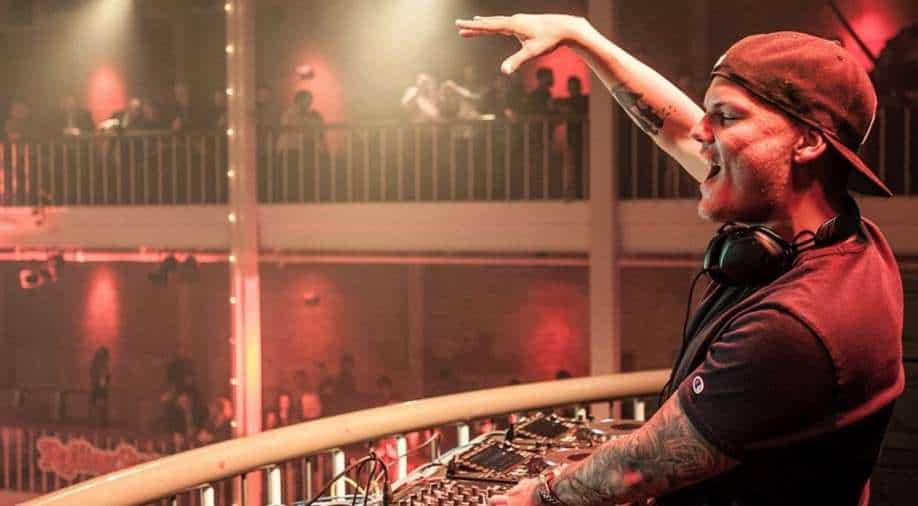 Late DJ Avicii playing one of his sets at an event. Photograph:( Twitter )

As Måns Mosesson's upcoming book, ‘Tim – The Official Biography of Avicii’ is due for release next month, Avicii’s diary entries included in the book reveal his dark secrets – of substance abuse battles and heartbreaking demons that haunted him.

Ever wondered what triggers stars to depression and in some cases suicide even after reaching heights of fame and money. We ask this with respect to late DJ Avicii who ended his life at the age of 28 after having become one of the world’s most listened to DJs and a name to reckon with in the music industry.

As Måns Mosesson's upcoming book, ‘Tim – The Official Biography of Avicii’ is due for release next month, Avicii’s diary entries included in the book reveal his dark secrets – of substance abuse battles and heartbreaking demons that haunted him. Avicii’s real name was Tim Bergling and he took his own life in April 2018, shocking fans worldwide.

For the book, Mans spoke to Avicii’s parents, Anki and Klas Bergling, family, friends, exes, peers and colleagues before he ventured into writing.

Avicii died in Oman as he went on a detoxing holiday with friends for drink and drug addiction. He had shot to fame with song Levels in 2011 but stepped away from it all in 2016 when he battled with alcohol and opioid addiction.

Post the fame, Avicii lost the track when his prescription painkiller addiction took a toll on him as he was going through agonising pancreatitis that was caused by excessive drinking and acne medication. He was advised to stay away from alcohol and junk food for six months. That’s when he started diary entries where he began by writing, “I had a hard time accepting never drinking again though strongly suggested from all doctors to wait at least a year before even having a beer..Of course, I didn't listen to the majority of the doctors, I listened to the couple who said it was ok if I was careful. I was ignorant and naive and touring the world, still on the never-ending tour – because once you've circled it once, guess what?...You start right back over again. Those days in hospital were the most anxiety and stress-free days I can remember the past 6 years, those were my true vacations, as depressing as it might sound…”

“The relief of going from extreme pain to none, knowing that no one is expecting anything other than for you to wait it out (which is the only way of treating pancreatitis) and then recover was huge. It was an extreme relief considering the insane schedule I had kept up until that point.”

In April 2018, Avicii travelled with a friend to Oman, before which he messaged a friend discussing his ventures into meditation. There he got influenced by Maharishi Mahesh Yogi’ teachings about connecting with the deepest state of consciousness, or enlightenment. These can be achieved in a time of five to eight years but the DJ wanted to do it quickly.

Are you addicted to smartphone? It may affect your child's development, claims new study

He further wrote in his diary, “It feels like I am in a new default mode of being which is very new and a little bit scary. It felt like the fears the last couple of days caused havoc in me, but I remember the tip to focus on my breathing.”

DJ Avicii’s death was sudden and shook his fans.