Are you addicted to smartphone? It may affect your child's development, claims new study 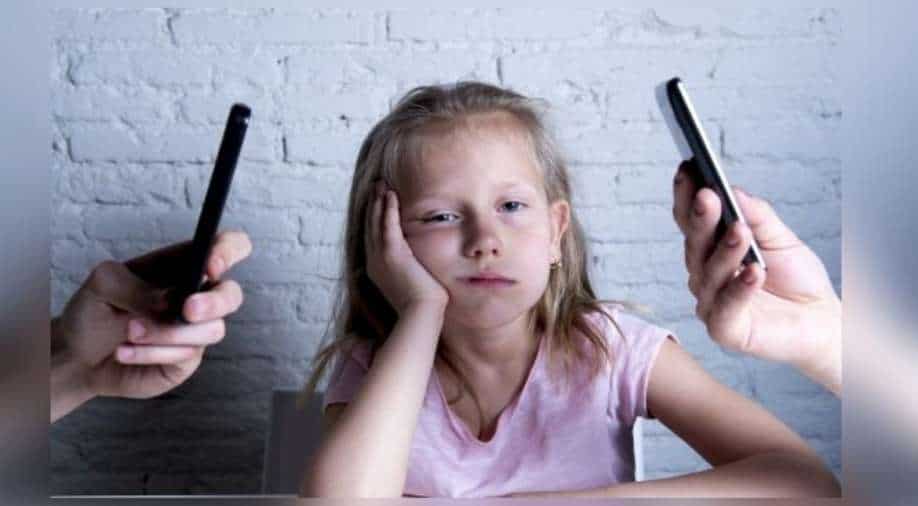 Your addiction to smartphones may affect your child's development, says a new study. The Tel Aviv University conducted a study for the peer-reviewed journal Child Development last month and have revealed that kids whose parents are on smartphones for long hours tend to have slow development.

The researchers, led by Dr Katy Borodkin of the Department of Communication Disorders at the Stanley Steyer School of Health Professions, Sackler Faculty of Medicine of Tel Aviv University, observed 33 Israeli mothers and their 16 toddlers, all boys aged 24-36 months for a certain period of time.

The researchers reportedly invited participants saying they would examine the common interests between mothers and children. The mothers were asked to browse a specific Facebook page and 'like' content that interests them, read printed magazines and mark interesting articles and play with their child while the phone and magazine were in another room.

Borodkin revealed that the activity was intended to observe mothers while they took care of their children and also devote some of their attention to her smartphone.

"The mothers were unaware of the purpose of the experiment, so they behaved naturally by splitting their interest between the toddlers and the smartphone and magazines. We videotaped all the interactions between the mothers and the toddlers and later scanned the recordings frame by frame in an attempt to quantify the mother-child interaction," said Borodkin in her research.

The researchers defined three aspects of the interaction between a mother and her child: Maternal linguistic input - the "linguistic content that the mother conveys to the child"; conversational turns - the level of interactivity of a mother-child verbal exchange; and maternal responsiveness - the timeliness and specificity of a mother's response to a particular "bid" from her child.

According to the research, a decrease in maternal linguistic input leads to reduced vocabulary in a child, even when they become adults.

Similarly how interactive a particular conversation was - affect a child's linguistic and social development as "the child learns that he or she has some time to contribute to the interaction as well as the basic social norms of social interactions."

"For example, when the child says 'look, a truck', there is no comparison between a response such as 'yes, that’s great' and a response such as 'correct, this is a red truck, like the one we saw yesterday", said the researchers.
According to the research the three components of mother-child interaction were two to four times lower when the mother was using her smartphone or reading a magazine.

The team stated that using a smartphone and reading was equally distracting. TAU though was careful to add that there is currently no evidence that smartphones directly impact child development because smartphones are a recent phenomenon- although finding suggest "an adverse impact on the foundation of child development."

The research may also be relevant to father-child interaction as the use of smartphones by both women and men is comparable.

"In our current research we focused on the mothers, but we believe that our findings characterize communication interferences between fathers and their toddlers as well, since the smartphone usage patterns are similar between men and women, thus allowing us to estimate with high probability that the research findings are applicable to fathers and to mothers”, Borodkin further said.