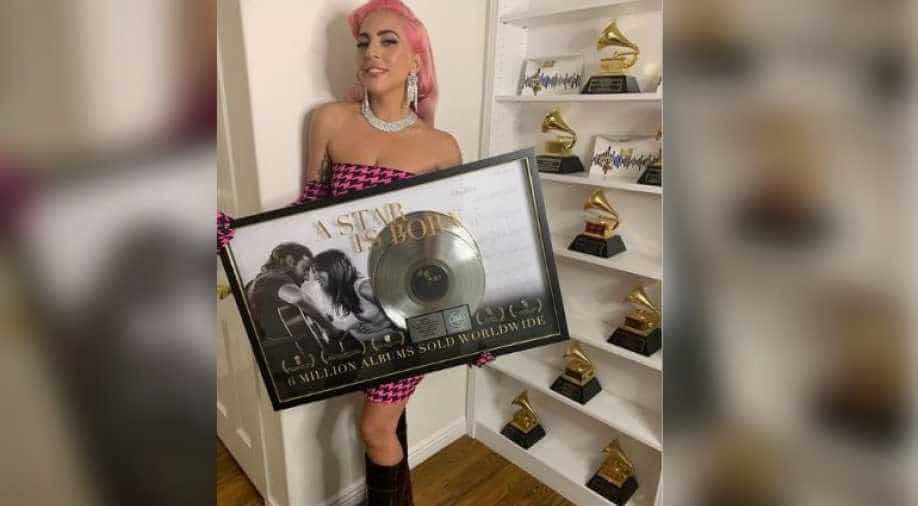 The album happened to earn hit double-platinum status in the U.S. for selling around 6 million copies globally.

On the occasion of 'Star Is Born' anniversary, Lady Gaga earned a major milestone.According to Interscope, the actor-singer was awarded a plaque, honouring the album's sales milestone, reported E! News.

A year ago, A Star was Born, and here we are 6 times pink platinum

"A year ago, A Star was Born, and here we are 6 times pink platinum," she wrote in her Instagram caption.

In the whole album, 'Shallow' sung by Gaga and Bradley Cooper, received major appreciation and success since its release. The song also claimed all the renowned awards in 2019, including Grammy`s, an Oscar, and a Golden Globe.