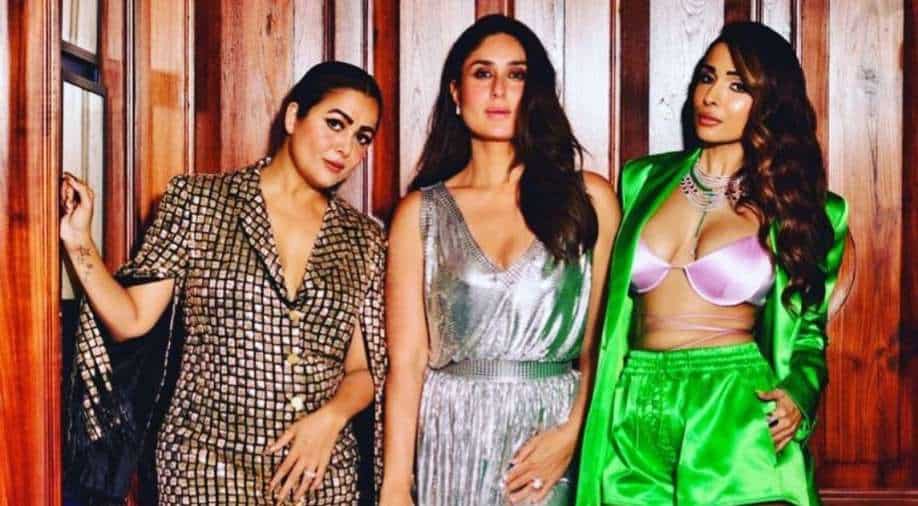 Bollywood BFFs Kareena Kapoor Khan, Malaika Arora and Amrita Arora recently attended filmmaker Karan Johar’s 50th birthday bash. In hot ensembles, the trio posed for photos and videos and gave their fans major style goals. While many showered the divas with compliments, a few users left distasteful comments. And, Amrita, being as fierce as she is, slammed the trolls who fat-shamed and age-shamed the three.

Seeing some nasty comments on her picture, Amrita took a few screengrabs and shared them on her Instagram stories with an apt response for the faceless trollers.

Reacting to a netizen who age-shamed the actresses, Amrita wrote, “I keep seeing this on comments! If n when I bother to check, unless its the one that comes up on top! So...buddhi is meant to be an insult?? Cos for- me it's just a word...a word that mean old? Yes we are older..n wiser...but you, are nameless, faceless, ageless? And so are your folks (sic).”

In another post, she highlighted the comments that made fun of her weight. And, she wrote, "Also got a lot of hate on my weight gain! I own it...I love it...my weight my problem! Since when has everything become everyone's issue! Ohhh ya since social media gives...I give zero f'ssss...so pls go on, n I'll name n shame! Ha (sic)."

Kareena shared Amrita’s posts and stood as her support against the trollers. The ‘Jab We Met’ actress wrote, "My lovely AMU," followed by a red heart emoji. In another post, the 41-year-old actress stated, “Way to go Amuuu. (Sic)”

Malaika also shared Amrita’s post and in the caption, she wrote, “You say it sis you are beautiful just the way you are and guys it’s so uncool to fat shame tch tch.” 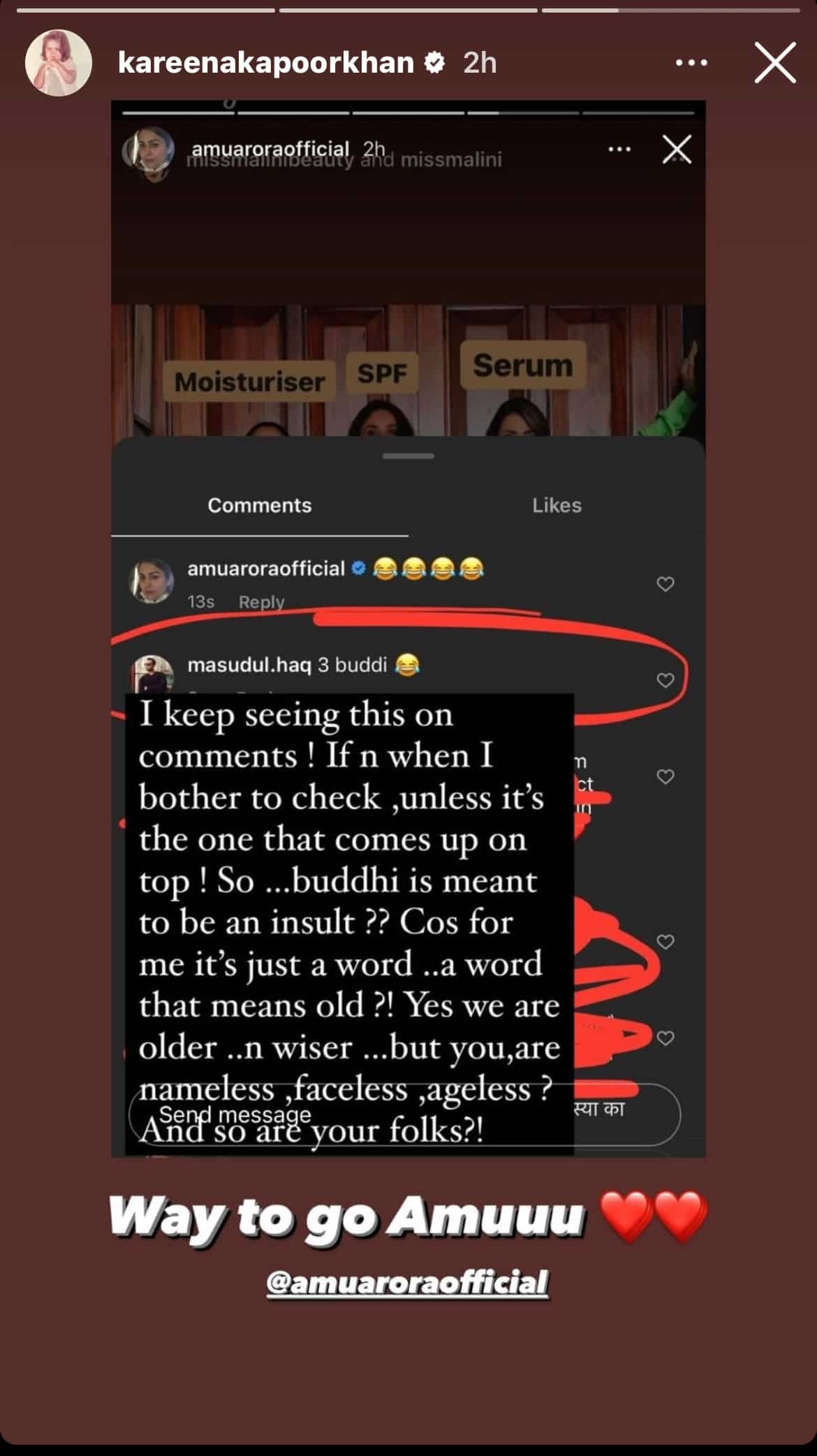 On the work front, Kareena will be next seen in ‘Laal Singh Chaddha’ as Mandela Sodhi. The movie also stars Aamir Khan.