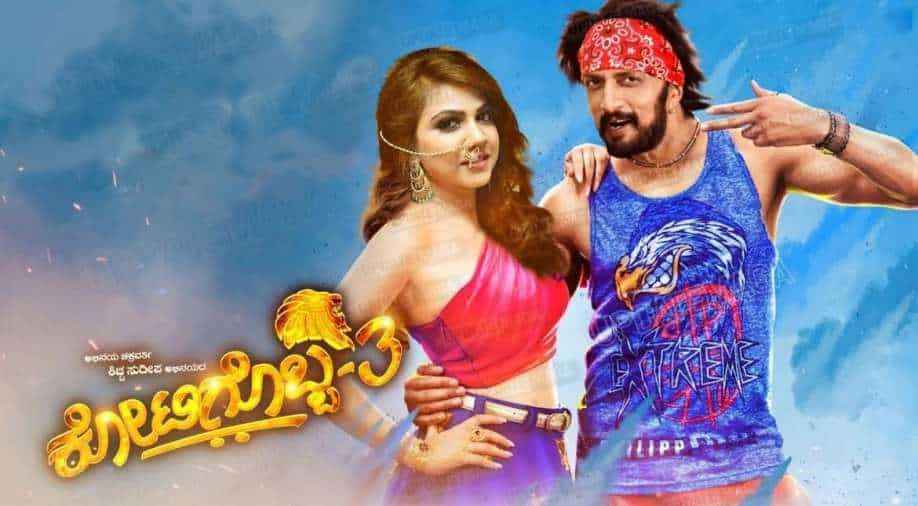 Kotigobba 3 stars Kiccha Sudeep and Madonna Sebastian. The film was supposed to release on October 14 but was stalled by a day that led to violence by fans.

Kannada film ‘Kotigobba 3’ got stalled by a day after it was supposed to release in theatres on October 14 but that news didn’t sit too well with the fans.

Fans turned violent at the news over the last minute announcement as they couldn't get tickets when they reached cinemas.

The film stars Kiccha Sudeep and Madonna Sebastian. The movie will now hit theatres on October 15. In a video doing the rounds, the film’s producer Surappa babu can be seen apologising and informing Kichcha Sudeep and his fans about the delay adding that he was not responsible for the mishap.

In videos that have surfaced of the violence, fans can be seen stone pelting and some also broke the front gate of Dreamland Theatre on not being able to buy tickets of Kotigobba 3. Pakistani actor to WION on 'Yaar Julahey', India-Pakistan friendship & more

Marvel's Eternals to be bigger than 'Shang-Chi' and 'Black Widow'?

Now, Sudeep has shared a message on his social media platforms after the violence and said, “It’s my duty to inform all those at the theatres already, that there is a delay in shows due to certain issues. I personally apologise for this negligence from the concerned. I request all not to react badly at the theatres as they have nothing to do with this.”Cher sues widow of Sonny Bono, claims she's not releasing royalties

“This is a rare situation and I'm sure a little patience from all will be my greatest strength. I too was equally excited to bring forth a film on screen after such a long gap. I will tweet soon on the show timings once I have better clarity on it. Until then I request not to cause any harm to yourself nor cause damage to any properties (theatres),” he added.