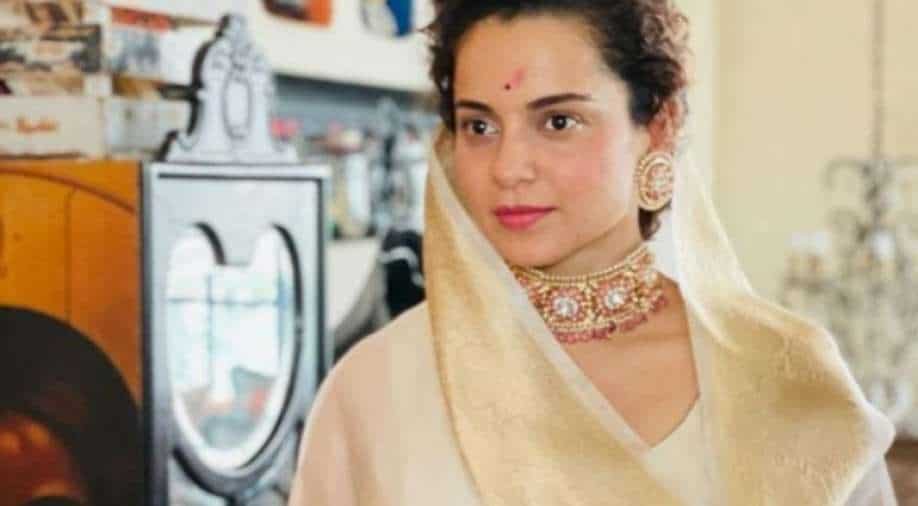 The party's unit president Nana Patole is seeking legal advice and has also asked the police to register a complaint against the Bollywood actress whose remarks he has termed as 'anti-national'.

Speaking to reporters, Patole said Congress will take a firm stand against such "coordinated" attacks.

Days after Kangana alleged that India had got independence in 1947 like 'alms', Ranaut on Tuesday claimed Subhas Chandra Bose and Bhagat Singh got no support from Mahatma Gandhi and went on to mock his mantra of ahimsa by saying that offering another cheek gets you 'bheek' (alms) not freedom.

Kangana Ranaut has a hilarious reaction as 'Thalaivii' trends in Pakistan

She had described India's Independence as 'bheek', or alms, and declared that freedom came in 2014 when the Narendra Modi-led government came to power.

In a series of posts on Instagram, Ranaut this time targeted Mahatma Gandhi and said "choose your heroes wisely".
In her Instagram story, Kangana shared an old newspaper article and wrote, "Either you are a Gandhi fan or Netaji supporter. You can't be both, choose and decide."

As Bollywood gears up to lodge a protest, will Kangana Ranaut return her Padma Shri?

The newspaper had an old article from the 1940s with the headline, 'Gandhi, others had agreed to hand over Netaji'.
In her next IG Story, Kangana, who is known for her controversial remarks, said that freedom fighters were "handed over" to the British by those "who had no courage" to fight oppression but were "power-hungry" and "cunning".

Taking a dig at Mahatma Gandhi, she added, "Those are the ones who taught us if someone slaps you offer another cheek for one more slap and that is how you will get aazaadi. That`s not how one gets aazadi, one can only get bheekh like that. Choose your heroes wisely."

"So you need to choose who you support because just placing them all in one box of your memory and every year wishing them all on their birth anniversaries is not enough. In fact, it is not just dumb, it is highly irresponsible and superficial. One must know their history and their heroes," the actor added.

Her recent comments regarding India`s independence struggle has drawn flak from several politicians and others.

Many have even demanded that the Centre take back Kangana's Padma Shri honour for insulting the country's independence battle.

"There are some Hindi film actors who are given some awards and being used to distort the historical facts. We are seeking a legal opinion on the matter. Once we arrive at a decision, the party will take its next firm stand regarding such coordinated attacks," Patole said when asked about comments made by Ranaut.

He said Congress leader Naseem Khan, a former minister, has already requested the police to file a complaint against Ranaut.