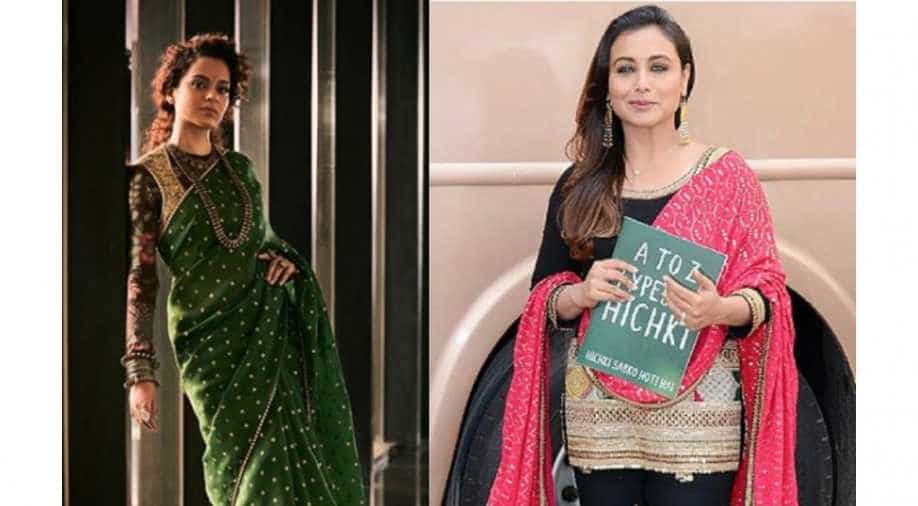 Rani Mukerji was earlier trolled on Twitter after she said at the Actresses Roundtable that women must learn the art of self-defence to protect themselves from a harasser.

At the Actresses Roundtable held recently where the successful actresses of 2018 came together to discuss important issues that were dealt with through movies or in real life, Rani Mukerji’s take on #MeToo was trolled by some on Twitter.

Other actresses at the table including Deepika Padukone and Anushka Sharma did not look convinced with Rani’s point of view on the burning issue. Read what happened here.

When Kangana (who was not a part of the discussion) was asked recently about Rani’s comment, she said, "People who need support, who need to be empowered, we must empower but agar Rani Laxmi Bai jaise ladkiyan agar humari society humein de sakti hai toh why not, unko discourage nahi karna chahiye. If they are strong women, we should not discourage women. I was 16-years-old when I filed my first FIR against sexual assault so there are people who can stand up for themselves, they shouldn’t be discouraged."

An important issue that came up from this discussion was how children would defend themselves in a situation like this. To this, Kangana added: "Like I said, empowerment who need, they should be empowered, who need. But, not necessarily everyone needs. Some people can give empowerment also. Some people are givers, the ones who can should be encouraged to give strength, people who are working with NGOs."

Kangana is currently waiting for the release of her next film ‘Manikarnika’ in which she has not only acted but turned director-producer too. The film is set to release on January 25.