Social media slams Rani Mukerji on her views on #MeToo as Deepika, Anushka, Alia get together 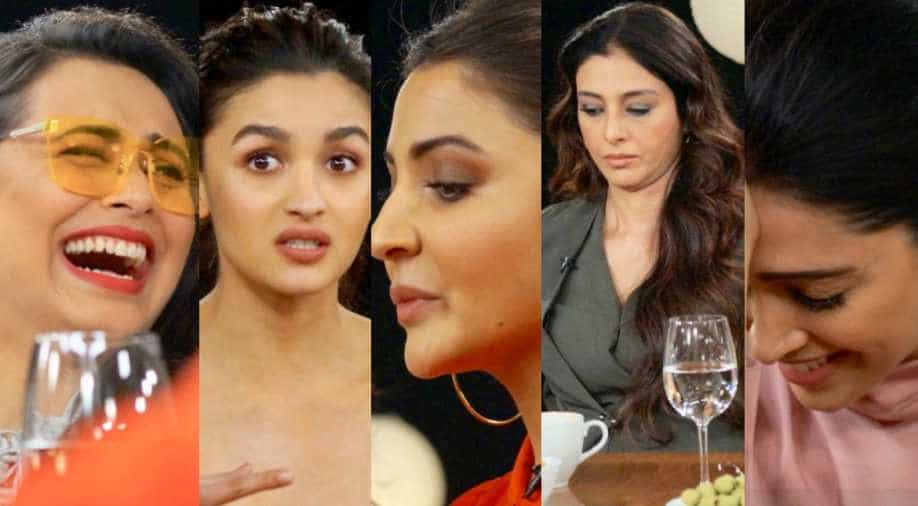 The actresses’ roundtable saw the coming together of the leading ladies of 2018 who were a part of incredible cinema-like Deepika Padukone, Alia Bhatt, Anushka Sharma, Taapsee Pannu, Tabu and Rani Mukerji

This year has majorly been about #MeToo gaining momentum in Bollywood as more number of women have come out in the open with their personal stories of horror. As this was discussed at the recently held actresses’ roundtable, actress Rani Mukerji was trolled on the social media for her ‘regressive’ thoughts on how women and men need to behave in the society.

The actresses’ roundtable saw the coming together of the leading ladies of 2018 who were a part of incredible cinema-like Deepika Padukone, Alia Bhatt, Anushka Sharma, Taapsee Pannu, Tabu and Rani Mukerji. A similar thing among them all is that they were a part of cinema that is forward-looking with roles meant for them.

While in the discussion, the topic of #MeToo also came up which drew varied responses from all. Anushka led the front as she spoke about how important this was and the need for onus on the men and how the workplace should be as safe as their own home. She said, "There should be a little sense of fear. Your workplace has to be the second sacred place for you. After your home, your workplace is the place where you should feel the safest and if you're not feeling that way then that's the worst world to be living in.”

Countering her statement, Deepika said, "I don't think everyone is constructed with that sort of DNA."

Rani further said that martial arts and self-defence should be made compulsory in schools, adding that "you have to take the responsibility of your own self."

Deepika looked visibly unhappy with the statement and added: "But why to even bring it to the point where girls should learn self-defence.” The other girls, mostly Anushka Sharma agreed to this.

However, Rani wasn't convinced and later added, "You can’t tell mothers how to bring up their children."

Many social media users called Rani’s statement as “ignorant” and pointed at her privileged background.

I have so many thoughts on this discussion, all about #RaniMukerji and her pov of simply putting the responsibility on the MOTHER vs. the grown men that actually perpetuate the crime. This very notion of women should be a certain way is the very same reason why this shit happens. https://t.co/FGNqNgy79c

Rani Mukherjee's views on #MeToo are so bloody problematic!
Please ask her how a 4 month old baby girl is gonna kick her rapist between his legs?? #ActressesRoundtable

Ok. So you can't tell hundreds of mothers that they shouldn't bring up misogynistic sons but you want to tell millions of girls out there to compulsorily learn martial arts and defend themselves? This is nothing but victim shaming and blaming.
Shame on you, Rani Mukerji! https://t.co/cfvn74fzPM