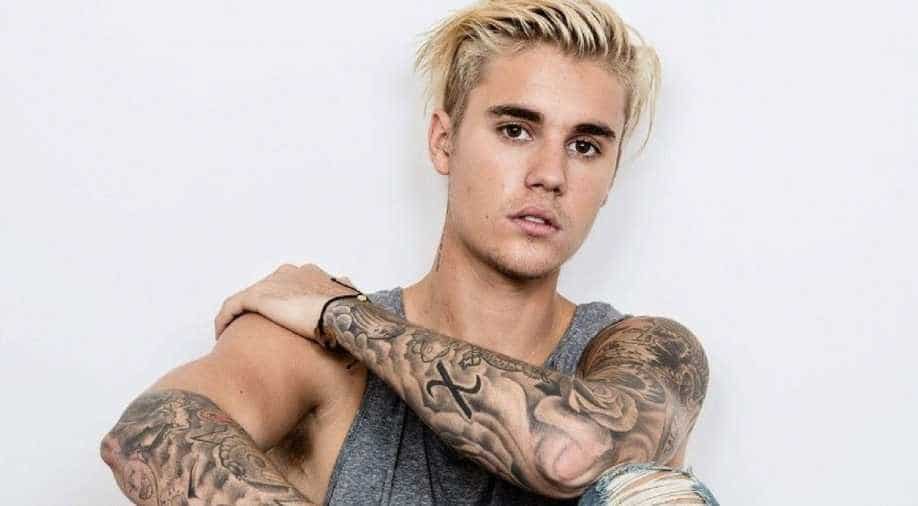 American singer Ariana Grande, who is the youngest performer to ever headline Coachella, closed this year`s music festival.

Even though he announced his break from music a few weeks back, but Justin Bieber is not really away from it. Bieber fans have a reason to rejoice as the singer is coming out with a new album soon!

The 25-year-old singer announced this during the closing of this year`s Coachella.American singer Ariana Grande, who is the youngest performer to ever headline Coachella, closed this year`s music festival.

After performing with the popular band NSYNC and Nicki Minaj last week at the music festival, Grande surprised attendees with Bieber in what she called a completely unplanned performance.

Bieber joined her on stage and sang his hit track `Sorry` before announcing plans to drop an album soon.He said, "I wore this fly outfit not knowing that I was going to be on stage. This is my first time on stage in like two years. So I had to get my swag back on."

Bieber looked dapper in a white T-shirt, olive green jacket with black details and matching pants.He added, "Thank you so much and by the way, album coming soon." His last album titled `Purpose` released in November 2015.

Grande kicked off her performance at the music festival with `Raindrops (an angel cried)` from her `Sweetener` album before transitioning into `God Is a Woman`, reported People.The Grammy-winning pop queen sang her hits from her latest album `Thank U, Next` including singles `Bad Idea`, `Break Up With Your Girlfriend`, `Side to Side`, `7 Rings`, among many others.
Grande closed out her show with `No Tears Left To Cry`. For her encore, the singer performed her hit `Thank U, Next`.Last week, Grande welcomed NSYNC band`s members including Lance Bass, JC Chasez, Joey Fatone, and Chris Kirkpatrick to the Coachella to sing their 1997 hit `Tearin` Up My Heart`.

NSYNC alum Justin Timberlake was noticeably missing but sent his love the next day.During the same night, Nicki Minaj and Grande also performed their 2016 hit `Side to Side` and Diddy also made a special appearance to sing `Mo Money Mo Problems` with Grande singing Faith Evans`s verse.
Grande, Childish Gambino, and Tame Impala were announced as Coachella`s 2019 headliners in January, this year.The singer is only the fourth woman to ever headline Coachella, after Bjork (twice, in 2002 and 2007), Lady Gaga (2017) and Beyonce (2018).