Look who's back! Irrfan Khan was spotted at the Mumbai airport recently and appeared to be doing well.

Look who's back! Irrfan Khan was spotted at the Mumbai airport recently and appeared to be doing well. Dressed in blue denim, a pink t-shirt and a printed shirt and a hat, Irrfan looked fit as he posed for the paparazzi. The actor even took off the black mask that was covering his face.

Irrfan was undergoing medical treatment for a neuroendocrine tumour in London for the past one year and had returned to India in March. He is likely to begin work on 'Hindi Medium 2' but there has been no official confirmation on the project so far. According to a few reports, the actor returned to India a few weeks back and is undergoing treatment in Mumbai itself.

A few days back, the paps have spotted Irrfan exiting the airport but at that time the actor had a black mask covering his face and did not stop to pose for the cameras. On Tuesday, Irrfan removed the mask as the photographs clicked him. 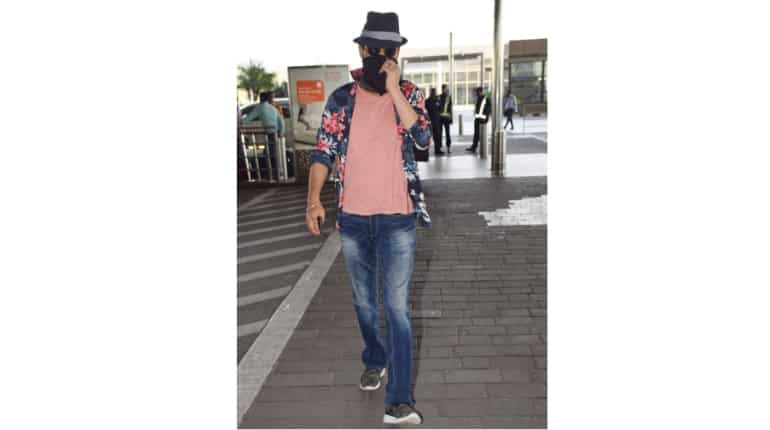 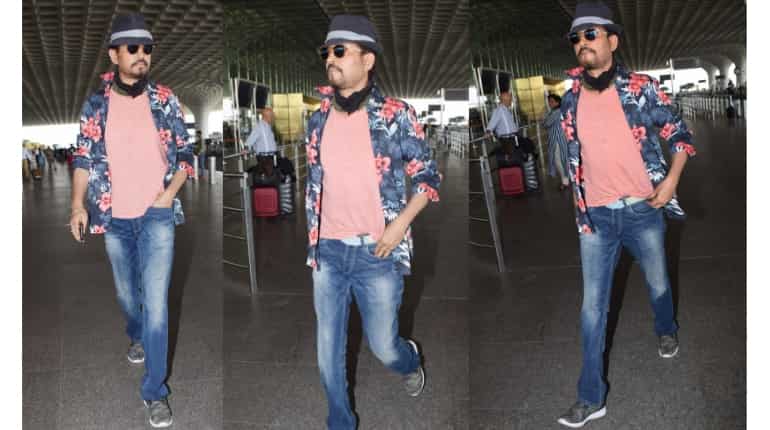 'Hindi Medium 2' is expected to be the actor's first film post his return. Rumours have it that Kareena Kapoor Khan has been signed in to play a pivotal role. The first film had Pakistani actress Saba Qamar playing Irrfan's wife.

Exactly a year back, Irrfan had left for London and had shared the news of his illness on Twitter. He had tweeted, “The unexpected makes us grow, which is what the past few days have been about. Learning that I have been diagnosed with NeuroEndocrine Tumour as of now has admittedly been difficult, but the love and strength of those around me and that I found within me has brought me to a place of hope. The journey of this is taking me out of the country, and I request everyone to continue sending their wishes. As for the rumours that were floated NEURO is not always about the brain and googling is the easiest way to do research. To those who waited for my words, I hope to be back with more stories to tell.”

Earlier this year, the actor's friend, filmmaker Tigmanshu Dhulia, in an interview, had stated that Irrfan was doing much better and would be back doing films soon.