Irrfan Khan on battling cancer: There’s no guarantee of life but it offers so much 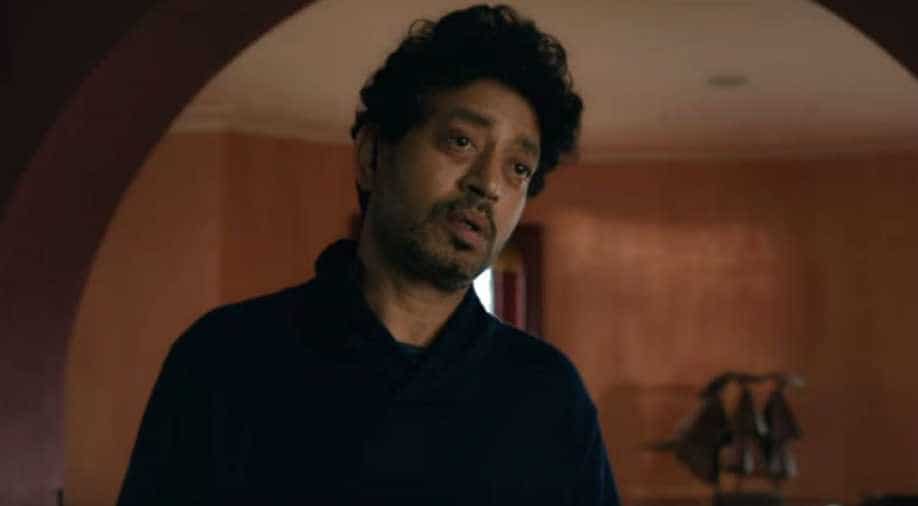 Perhaps one of the most talented actors of our times, Irrfan Khan has been dealing with a rare form of cancer for the past few months. While the actor is dealing with chemotherapies in London, his films 'Karwaan' and 'Puzzle' are getting its theatrical release this week in different parts of the world.

The actor, in an interview to news agency AP, opened about how the treatment and the unpredictable nature of the disease have given him a new perspective on looking at things.

Calling life 'unpredictable', Irrfan shared that how everyone should trust nature and its process. The actor said the disease made him see life from a completely different angle. "The problem with me initially was everyone was speculating whether I would be out of this disease or not. Because it’s not in my hand. That’s nature that will do whatever it has to do. What is in my hand, I could take care of that. And it offers so much that you feel thankful. The way it is opening your windows to look at life. I would have never reached that state even if I had done meditation for 30 years, I wouldn’t have reached it. But this sudden jolt has put me into a platform where I could look at things in a completely different manner. And for that, I am really thankful. It sounds strange, but they should trust nature rather than feel sad, and trust that whatever the outcome, it will be for good and it will be for the best," mused the actor. Also read: Irrfan Khan is battling cancer, one smile at a time

The actor said that his days now are unpredictable which he loves. My days are unpredictable. I used to think my life would be like that, but I could never practice unpredictability and spontaneity. That has happened now. I don’t plan. I go for breakfast and then I don’t have a plan. I take things as they come. "

The actor added that how he now enjoyed being spontaneous which he has missed being for a long time. "And I’m loving this experience. There was something missing in my life. I was feeling a little manipulated by myself, by my own mind," the actor added.

"Life is so mysterious and has so much to offer, we don’t really try things. And I’m trying and I’m loving it. I’m in a really fortunate state."

The actor is currently undergoing chemotherapy. "I have had the fourth cycle of chemo. And I have to have six cycles and then we need to have a scan. After the third cycle, the scan was positive. But we need to see after the sixth scan. And then we’ll see where it takes me," revealed the actor and added philosophically, "There’s no guarantee of life with anybody. My mind could always tell me to hang a kind of chip on your neck and say, “I have this disease and I could die in a few months or a year or two.” Or I could just avoid this conversation completely and live my life the way it offers me. And it offers so much. I admit I was walking around with blinders. I couldn’t see what it offered me."

On asked that why he chose a small film like 'Puzzle', the actor said, "This character had complexity and a strange unpredictability where he himself doesn’t know where things are moving and is in a limbo state. There are so many interesting angles to this person."

"The simplicity of writing was fantastic. It was a complex situation, but I love that the way it comes out of the characters’ mouths is very simple. So I fell in love it with it and I shifted my schedule in India and said, “I’m going to do it.” It worked out and I really loved it," the actor further added.

(With inputs from AP)