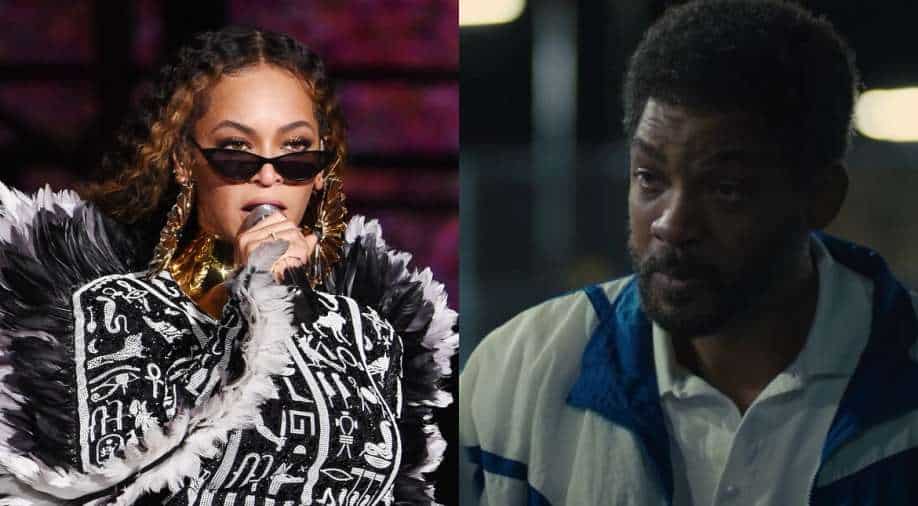 Will Smith said that was Beyoncé was impressed after attending the screening of a film and decided to contribute a song to it as she is inspired by the story of Serena and Venus Williams.

Any music from Beyoncé is special, but when it's attached to an equally intriguing movie--Will Smith's 'King Richard'--it gets even better.

Queen Bey's latest single 'Be Alive' has made its way into the brand new trailer for 'King Richard': the upcoming Will Smith-led biopic on Serena and Venus Williams' that chronicles their rise in the field of tennis and how the sisters' father made countless sacrifices for them.

According to reports, Smith said that was Beyoncé was impressed after attending the screening of a film and decided to contribute a song to the film as she is inspired by the story of these sisters.

"The marriage of a movie and a song is a kind of magic that's unmatched in entertainment. I was so happy when Beyoncé called," Smith reportedly said.

The real Serena Williams couldn't keep it together upon learning about Queen Bey's involvement with the biopic and said, "I'm SO excited for you to watch the new trailer for #KingRichard starring Will Smith and featuring the song 'Be Alive' by Beyonce." She also shared the new trailer on Thursday morning.

I’m SO excited for you to watch the new trailer for #KingRichard starring Will Smith and featuring the song “Be Alive” by @Beyonce. It’s in theaters and streaming exclusively on @HBOMax November 19. pic.twitter.com/pILYvbJsbw

"It feels so good to be alive, that's why I live my life with pride / Do you know how much we have pride / How hard we have to try?" a part of the songs says, which plays over a montage of emotionally-charged scenes that focus on Smith. The Oscar-nominated actor plays Venus and Serena's father Richard Williams in the movie.

Also read: Adele chooses between Prince Harry and Prince William; find out who!

The project is being executive produced by Venus and Serena Williams alongside their sister Isha Price.

Other members of the star cats include Aunjanue Ellis, Tony Goldwyn and Dylan McDermott in the film. Saniyya Sidney and Demi Singleton play the famous sisters in the movie.

'King Richard' is slated to release on November 19 in theaters and will be available to stream on HBO Max simultaneously.