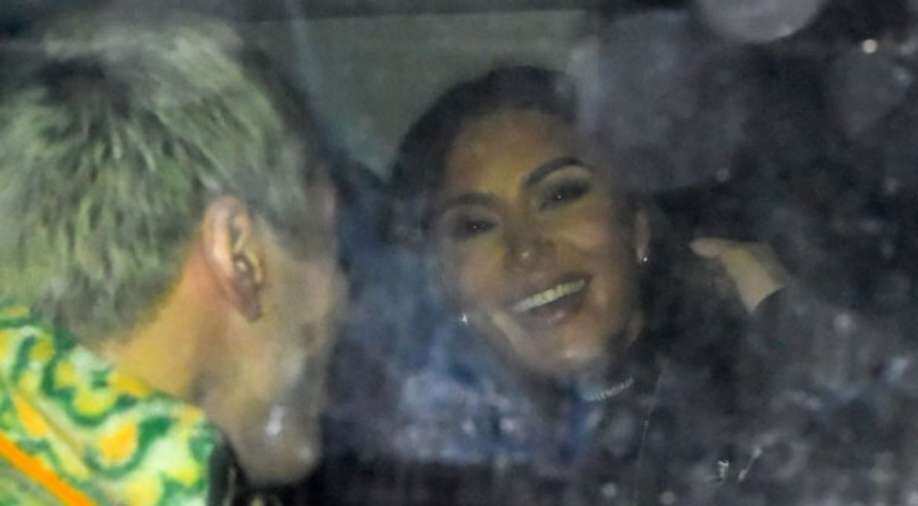 Kim Kardashian and Pete Davidson went for a movie date with Scott Disick and his friend Chris Reda and another unidentified man.

Things are heating up between Kim Kardashian and rumoured beau Pete Davidson as the two were spotted catching a movie on Staten Island. It so happened that Pete missed his latest Saturday Night Live hosting duties after a COVID-19 outbreak amongst the staff and performers. Not just Pete, musical guest Charli XCX pulled out too last minute.

But what did Pete do with all that time? He took out Kim Kardashian on a movie date.

The two arrived at Atrium Stadium Cinemas in the evening. It was unknown what the two decided to watch though. They were both dressed casually. While Kim Kardashian was in black, Pete Davidson wore a light jacket and was seen carrying a backpack.

They were not alone. They were accompanied by Scott Disick and his friend Chris Reda and another unidentified man. Yearender 2021: Kanye West-Kim Kardashian to Gigi Hadid-Zayn Malik; biggest celebrity breakups of this year

Pete Davidson had been seen earlier in the day entering the Manhattan hotel room where Kim Kardashian is currently staying. Top 5 Most Viral Food Trends of 2021: The Year That Was

Also read: Yearender 2021: Celebrity couples who made their romance official this year

Meanwhile, SNL was taken care of by Paul Rudd who stepped in for hosting duties for the episode. He was accompanied by Tina Fey and Tom Hanks with Steve Martin joining by video. Pre-recorded sketches for the night were aired, as well as highlights from previous seasons.