Rapper shot Megan Thee Stallion after telling her to dance, US court hears 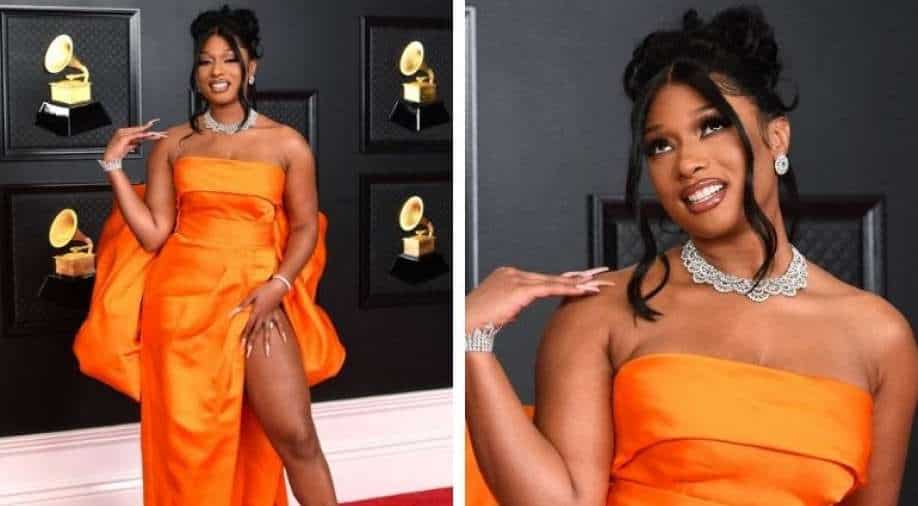 The "Savage" singer was in an SUV with Tory Lanez driving away from a party hosted by Kylie Jenner when the pair got into an argument in June last year.

A rapper who allegedly told Megan Thee Stallion to "Dance, bitch" before shooting at the singer's feet after a Hollywood party was ordered to stand trial in California on Tuesday.

The "Savage" singer was in an SUV with Tory Lanez driving away from a party hosted by Kylie Jenner when the pair got into an argument in June last year, a court in Los Angeles heard.

A bikini-clad Megan Thee Stallion demanded to be let out of the Cadillac and then heard Lanez shout "Dance, bitch" as he opened fire with a handgun, Los Angeles Police Department Detective Ryan Stogner told a judge.

The "Hot Girl Summer" singer told police she was "bleeding profusely" from her feet and that she fell to the ground and crawled to a nearby driveway. Rita Moreno, Ariana DeBose speak on sexual assault scene in 'West Side Story'

Lanez then "emphatically apologized for what he did" and offered to drive her home, the court heard, with the rapper later telling officers he had offered her money not to say anything about the shooting.

Police responding to reports of a shooting later stopped the vehicle and took Megan Thee Stallion to hospital, where she initially told doctors she had hurt her feet on broken glass.

Several bullet fragments were removed from her feet, but some remain and she told the detective that she had difficulty walking in certain shoes.

She told Stogner she was "scared (Lanez) was going to get in trouble," but later alleged that he had shot her.

Megan Thee Stallion subsequently posted a video to Instagram Live in which she said "Tory shot me. You shot me and you got your publicist and your people... lying... Stop lying."

Lanez, a 29-year-old Canadian whose real name is Daystar Peterson, has denied wrongdoing.

"I have all faith in God to show that ... love to all my fans and people that have stayed true to me & know my heart ... a charge is not a conviction," he wrote on Twitter last year.

He also addressed the claims on his fifth album, "Daystar," wondering how someone could get "shot in your foot... don't hit no bones or tendons?"

Lanez was charged in October 2020 with one count each of assault with a semi-automatic firearm and carrying a loaded, unregistered firearm in a vehicle.

He faces more than 22 years in jail if convicted.

At Tuesday's hearing a judge refused a defense application to dismiss the charges.

Lanez is on bail, and set to be arraigned on January 13.