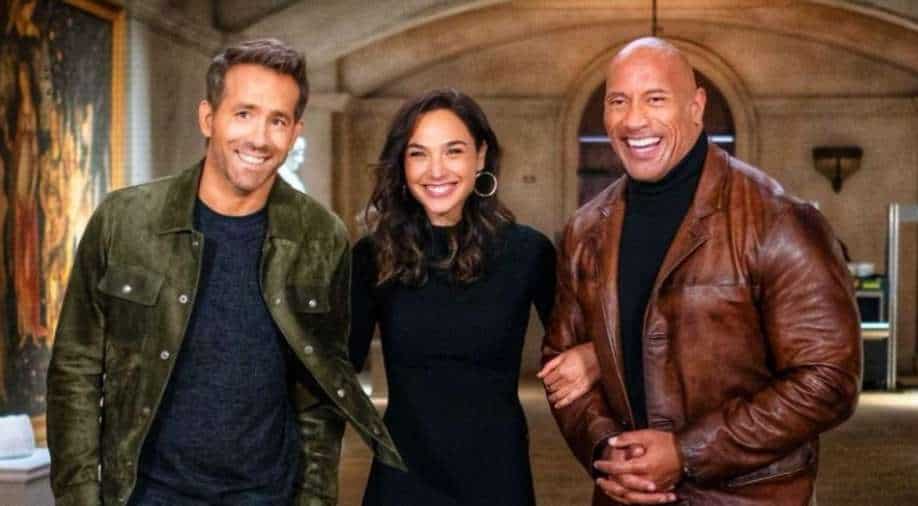 Dwayne Johnson, Ryan Reynolds and Gal Gadot starrer ‘Red Notice’ is winning hearts and how! The Netflix film is now number one in 93 countries, from Bahrain to Bangladesh, Israel to Indonesia and many others.

According to the latest stats provided by Netflix, the action film is enjoying a mega run after having premiered on the streamer. Red Notice debuted on the streaming service after a small theatrical run.

According to the latest data, the film has been viewed for a total of 328.8 million viewing hours topping the previous record held by Sandra Bullock's "Bird Box" in 2018 with 282 million viewing hours. Gotham Awards 2021: 'Squid Game' becomes first K-drama to win a major US award

Also read: Dwayne Johnson- Shooting 'Red Notice' during COVID-19 was challenging, but we rallied together

Currently, 50 percent of all Netflix's subscribers around the world have viewed "Red Notice."

Red Notice banks heavily on its three stars of Ryan Reynolds, Dwayne Johnson, and Gal Gadot. Another film that is close to these numbers is the Marvel film ‘Avengers: Endgame’. Endgame is 182 minutes, and based on rolled-up ticket sales data, sold around 349.2 million tickets, meaning theater-goers watched around 1.047 billion hours of the movie.