Madonna says past movie requests on her life were by 'hideous, misogynist' men 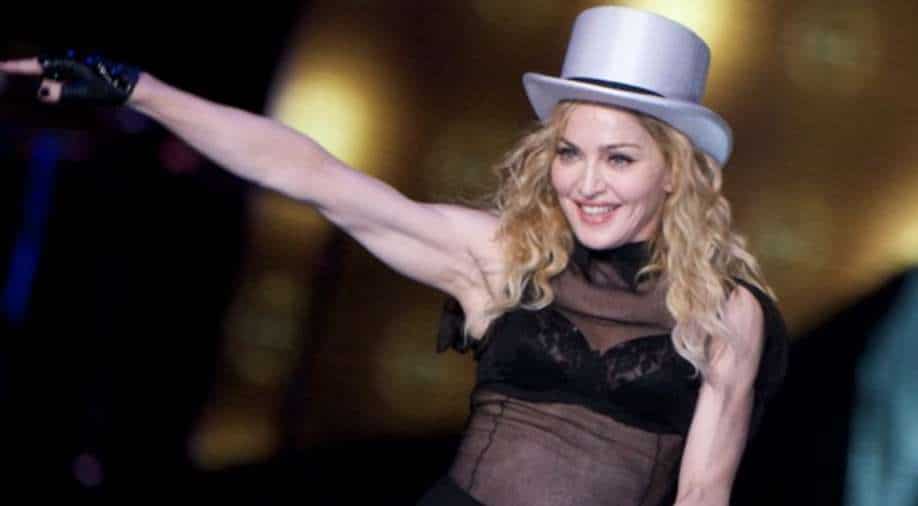 "The reason I’m doing it is because a bunch of people have tried to write movies about me, but they’re always men," Madonna told Jimmy Fallon.

Global music icon Madonna recently revealed that over the years she's turned down and even protested several scripts on her life because they were by men with "no understanding of women."

In a recent interview, the singer said that she has fought wth several studios over their attempts ar making movies on her life because those projects have been made by men, including one 'misogynist'.
Madonna also revealed that she has been toying with the idea of a visual autobiography--not a biopic, according to her--as all the past attempts at making one were from a male perspective.

"The reason I’m doing it is because a bunch of people have tried to write movies about me, but they’re always men," she said.

When the host of the talk show said that some men are 'good', she agreed, before quickly adding that "Good men is pretty much an oxymoron."

"Anyways, I read that Universal was doing a script. Like they sent me the script because they wanted my blessing, and I read it. It was the most hideous, superficial crap I’ve ever read," she revealed.

She went on to say that people who have tried making movies on her life have no understanding of women. She couldn't understand why they would want to make a film on her without that knowledge. "I’m not even gonna say his name, but he’s a total misogynist [and he] was directing and I’m looking, … ‘Why would these people make a movie about my life?’ There’s nothing true in the script, the guy who’s making it has no understanding of women. No appreciation for women. No respect for women," she said.

After multiple protests, she just decided to direct her own story.

"This happened a couple of times and I had to like call people up — call up the heads of studios, call up my agents — threaten them and say that I will stand in front of the building and protest and make everybody’s life a misery if they go through with it, and they still did not take me seriously. So finally I just threw down the gauntlet," concluded the megastar.