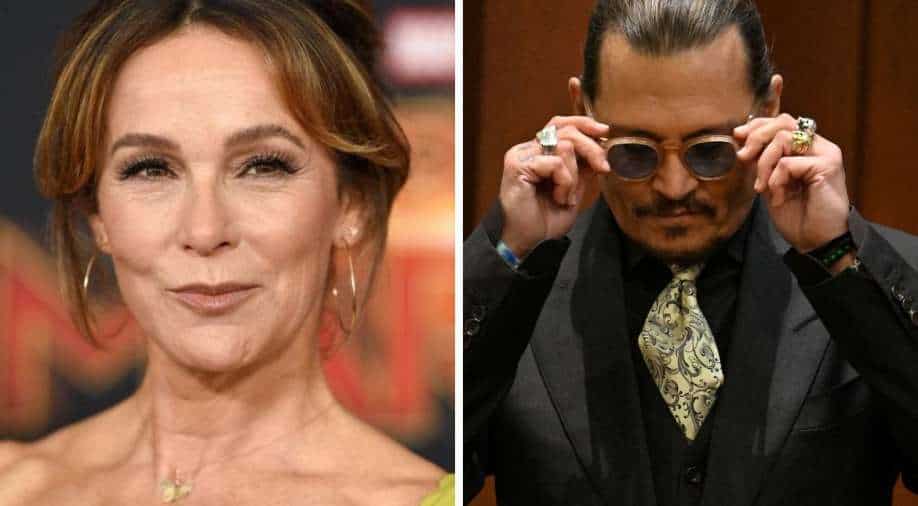 'Dirty Dancing' star Jennifer Grey has revealed in her memoir that actor Johnny Depp was "crazy jealous and paranoid" when the two were dating.

'Dirty Dancing' star Jennifer Grey has revealed in her memoir that actor Johnny Depp was "crazy jealous and paranoid" when the two were dating.

The two actors met on a blind date in 1989 and were in a relationship for a year and even got engaged briefly during that time.

"We ate, talked, drank Jack Daniel’s, laughed our asses off, took cigarette breaks midcourse. He was so ridiculously beautiful. And surprisingly open, funny, quirky and sweet," Grey wrote in her memoir.

The actor was slowly growing in his career around the same time and had to spend a lot of time out of town during their relationship, the actress revealed. The excerpts of the memoir were published in The Independent.

Grey also revealed that the two got a Pekingese-poodle named Lulu. "She was our practice baby and someone to keep me company when Johnny was out of town," she wrote.

Depp is currently embroiled in a defamation trial with ex-wife Amber Heard who has accused him of domestic violence.

Grey recalled that whenever Depp returned home to her, he would be "crazy jealous and paranoid."

Why is social media in favour of Johnny Depp in the Amber Heard defamation case?

"Johnny was commuting every week back and forth from Vancouver, but had begun more and more regularly to be getting into trouble: fights in bars, skirmishes with cops," Grey explained.

"He’d started missing his flights home to LA having overslept or when he did come home, he’d be crazy jealous and paranoid about what I’d been up to while he was gone," she continued. "I attributed his ill-temper and unhappiness to him feeling miserable and powerless to get off (the TV series) ’21 Jump Street.'"

Grey though credited Depp for the good time she had after a stream of bad relationships.

"It was a f***ing bonfire," Grey wrote. "It was literally like, ‘Are you f***ing kidding me? Are you f**ing kidding me? I’ve never seen a guy like this. And energetically, what it was like being with him, it was like, ‘Oh, I’m being totally, totally compensated for the s**t I just went through," the actress wrote.