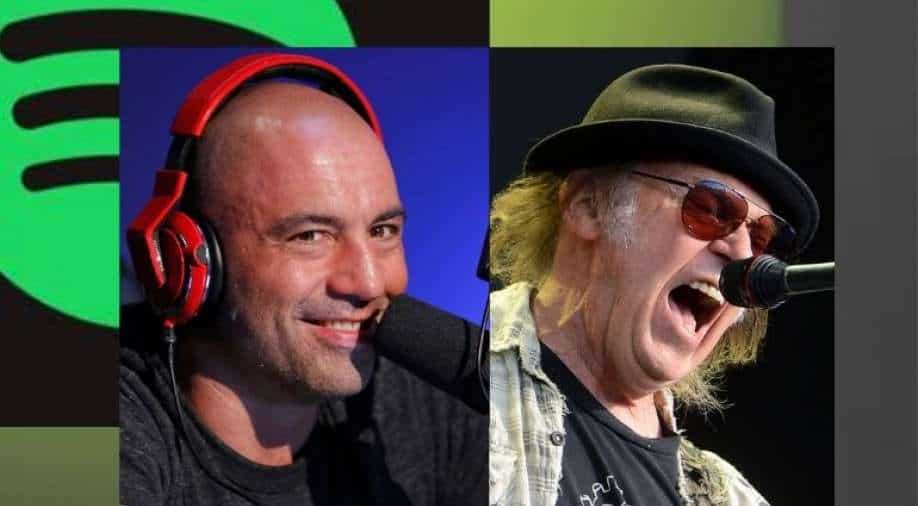 Singer-songwriters Neil Young and Joni Mitchell announced last week that they were removing their music from Spotify in protest at coronavirus misinformation broadcast on the platform.

Joe Rogan, the popular U.S. podcaster, issued an apology for the second time in a week, this time for using racial slurs after a montage video surfaced showing him repeatedly saying the N-word.

In an apology video posted on Instagram on Saturday, Rogan said it was the "most regretful and shameful thing that I've ever had to talk about publicly." During the video, Rogan said footage that emerged of him using the epithet had been taken out of context, but looked "horrible, even to me."

Rogan's apology came after Grammy award-winning singer-songwriter India Arie pulled her music from the Spotify streaming service, which hosts Rogan's podcast, after posting clips on her Instagram feed of him using the N-word.

In his apology, Rogan said the montage showed him using the epithet in conversations on shows over the last 12 years, and included examples of him discussing its use by Black and white comedians and others. He said he had not spoken it in years.

"It's not my word to use. I am well aware of that now, but for years I used it in that manner," he said. "I never used it to be racist because I'm not racist."

Media reports on Saturday said more than 70 episodes of "The Joe Rogan Experience" podcast had been removed from the Spotify Technology SA service.

On Monday, Rogan had apologized amid a backlash against COVID-19 misinformation in his program, and Spotify said it would add a content advisory to any episode with a discussion of the virus.

Rogan, a mixed martial arts commentator and prominent vaccine skeptic, has stirred controversy with his views on the pandemic and on vaccines and government mandates to control the spread of the virus.

Singer-songwriters Neil Young and Joni Mitchell announced last week that they were removing their music from Spotify in protest at coronavirus misinformation broadcast on the platform.